A Film Everybody Should Watch: A Conservationist’s Cry 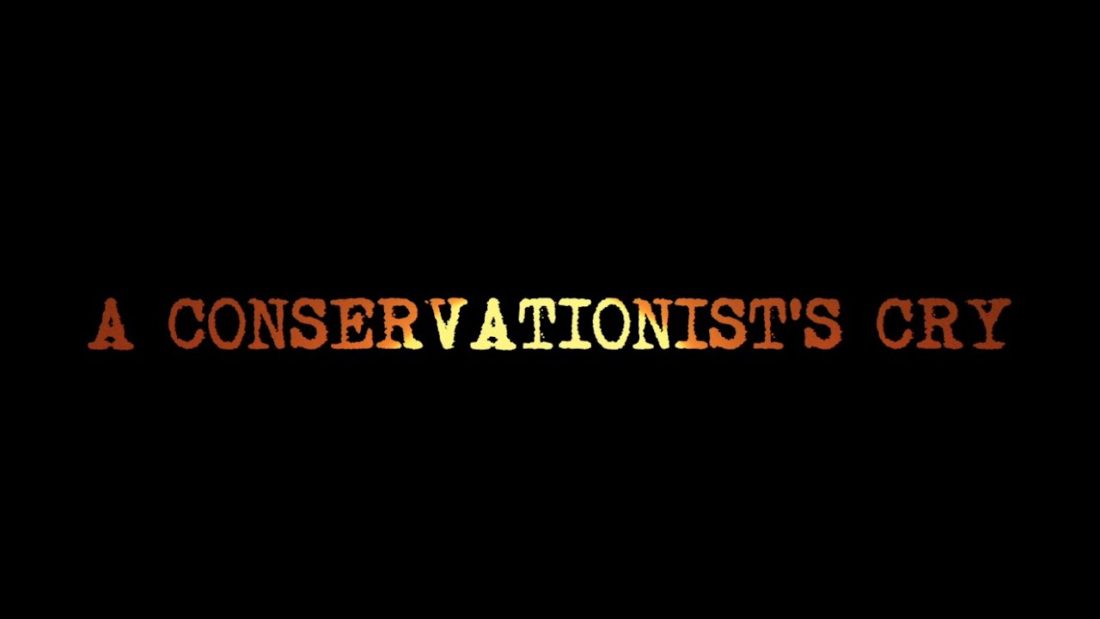 A Film Everybody Should Watch: A Conservationist’s Cry

A brilliant documentary on the absolute importance of hunting. A must see for anyone who takes wildlife conservation seriously.

“A Conservationist’s Cry” was produced by the Professional Hunters’ Association of South Africa (PHASA). The group of generous supporters comprised several organizations and private citizens. This film is a necessary action by dedicated hunter-conservationists to educate the world on what really happens if hunting is stopped.

The true effect of the ban on hunting to Africa’s’ wildlife is a paradox many have chosen to ignore for a variety of reasons. African Indaba hopes that sharing this video will go a long way to assist people realize their best (or worst) intentions may mean Africa wild spaces and Africa’s wildlife as we know it will disappear within a generation.

This 17 minute film tackles important issues, around hunting in general and safari hunting in Africa in particular. You are hearing it directly from those people whose lives are forever being changed due to ill-advised game and hunting laws, airline bans, stricter domestic measures on international CITES regulations, and so on. You’ll even meet two brothers who resorted to poaching to feed their families. You need to listen to their father’s lament.

The video was also distributed to thousands of CITES delegates during the last Conference of the Parties in Johannesburg this past September.

Support this call for showing the truth about hunting bans in rural Africa, and the rest of the world. Unless more people choose to highlight the effects of the hunting ban then we may lose some of the most amazing wilderness on the planet, along with their most special species they support. Please share this as widely as you can.

The objective of reviewing and posting it here is to give every reader of African Indaba – all 19,000 of them – the chance to share and distribute the YouTube link to the movie as far and wide as possible. Please contact PHASA if anyone would like a version to put on your own YouTube.

I checked the link on the PHASA Website, when writing this article – there were 29,492 views with 212 LIKES and 4 DISLIKES (this shows that the film has not reached the broad audience we need).
Far too small a number – on the viewer side and on the LIKE side – and it’s in your hands to change these figures.

Florida’s big cats are suffering from a mysterious neurological disorder. According to National Geographic, since 2017 the disease, which causes weakness and partial paralysis, has stricken 19 panthers and 18 bobcats in Florida. A neurotoxin is probably to blame, but scientists have yet to find concrete answers. Read more in our Dispatch 👉🏼 https://bit.ly/3gvxJij #ConservationFirst #Wildlife #Pathers #Bobcats ... See MoreSee Less

Cheetahs will be re-introduced to India. A recent article reported that 35-40 cheetah will be translocated from South Africa and Namibia to four or five sites in India. The cheetah was declared extinct in India in 1952. Read more in our Dispatch 👉🏼 https://bit.ly/3gvxJij#ConservationFirst #Wildlife #Cheetah ... See MoreSee Less

“The Eagle Huntress,” is set in the spectacular Altai Mountains of Mongolia. It’s a story of empowerment, a father-daughter bond and the Kazakh tradition of hunting with eagles. It’s also an adventure story that unfolds within a nature documentary that celebrates an Indigenous nomadic way of life. Read the full review here. #ConservationFirst #Wildlife #Eagles ... See MoreSee Less

“What a baby sees in the nest, it then repeats when it grows up.” Aisholpan, a 13-year-old Kazakh girl from Mongolia, commits to a family tradition going back 12 generations.
View on Facebook
· Share

Humankind has hunted not only wild animals, but also happiness, recognition and love forever. All these different forms of hunting can be expressed in music, as can the art of hunting itself. The DVD “La Chasse-Die Jagd / Paris-Wien” is a live recording of the acclaimed New Year’s Concert 2013. Read more about it 👉🏼https://bit.ly/3ei3DNZ#ConservationFirst #Wildlife ... See MoreSee Less

Northern giraffes are some of the most threatened large animals on the planet, numbering few more than 600 individuals. And the West African subspecies is teetering on the brink of extinction, rarer even than the black rhino or the mountain gorilla. However, thanks to unique partnerships and Operation Sahel Giraffe, help is on the way. Read more.#ConservationFirst #Wildlife #Giraffes ... See MoreSee Less

The Disappearing Giraffe–They were right there and then . . . they weren’t - Conservation Frontlines

The West African giraffe is now rarer than the black rhino and the mountain gorilla—but, thanks to unique partnerships and Operation Sahel Giraffe, help is on the way.
View on Facebook
· Share

The northern bald Ibis is one of our most endangered birds. In 2013, eight partners in Austria, Germany and Italy launched the first scientific attempt to reintroduce a migratory bird to its original range and old migration routes. There are now four breeding colonies in Germany with a common wintering site in Italy. Read more in our Dispatch 👉🏼 https://bit.ly/3gvxJij #ConservationFirst #Wildlife #Ibis ... See MoreSee Less

The largest of the hornbills may live 70 years, display memorable traits and have very specific habitat needs. Read all about the hornbill here.#ConservationFirst #Wildlife #Hornbills ... See MoreSee Less

The largest of the hornbills, SGHs forage on the ground in packs, may live 70 years, display memorable traits and have very specific habitat needs.
View on Facebook
· Share

Scientists have reviewed more than 1,000 studies on recreational hunting in an attempt to summarize the scientific literature examining the biodiversity and social effects of recreational hunting globally. Read about their findings. #ConservationFirst #Wildlife ... See MoreSee Less

The lowly clam can filter out 38% of the nitrogen that runs into the sea from fertilizer and 51% of the nitrogen from wastewater. Based on studies, shellfish can cleanse other pollutants too, as well as provide food, create aquatic habitat and buffer coastal zones against extreme weather. Read more 👉🏼https://bit.ly/3hlATXX#ConservationFirst #Wildlife #Clams ... See MoreSee Less

The White House has signed on to the global conservation goal of protecting 30% of our lands and waters by 2030. Hunters and anglers have a key role to play. Read more. #ConservationFirst #Wildlife ... See MoreSee Less

The White House has signed on to the global conservation goal of protecting 30% of our lands and waters by 2030. Hunters and anglers have a key role to play.
View on Facebook
· Share

The black-browed Babbler, last seen 170 years ago, was rediscovered in South Kalimantan, Indonesian Borneo in 2020. Malacocincla perspicillata was known only from a specimen at the Naturalis Biodiversity Center in the Netherlands. A few months earlier, scientists described five new songbird species and five new subspecies found on a single small island near Sulawesi, Indonesia, over a 6-week expedition. Read the full article in our Dispatch 👉🏼 https://bit.ly/3hlATXX#ConservationFirst #Wildlife #Babbler ... See MoreSee Less

The 30×30 Initiative seeks to conserve 30% of lands and waters across the globe by the year 2030. Recognizing the input of sportsmen and women, the Wild Sheep Foundation has committed to the program. Read more 👉🏼https://bit.ly/3uZR4h5#ConservationFirst #Wildlife ... See MoreSee Less

The Siamese crocodile is making a comeback in Laos. A joint project there involving local communities and French and US NGOs protects wetlands and the critically endangered Siamese crocodile and other wildlife, and promotes sustainable rural livelihoods. Read the full article in our Dispatch 👉🏼 https://bit.ly/3hlATXX#ConservationFirst #Wildlife #Crocodiles ... See MoreSee Less