January 1, 2019 In Book, Film and Scientific Paper Reviews, January 2019 - Volume I-1 By by Rosie Cooney, Chair, IUCN Sustainable Use and Livelihoods Specialist Group

Book Review by Rosie Cooney: Poached – Inside the Dark World of Wildlife Trafficking

By by Rosie Cooney, Chair, IUCN Sustainable Use and Livelihoods Specialist Group

A nuanced treatise on illegal wildlife trade misses some opportunities to advance the conversation.

In a Hanoi restaurant, a cobra lashes its body in a desperate attempt at escape while a waiter expertly slits its belly and extracts its beating heart, sending a stream of blood into a waiting vessel to the delight of the onlooking French diners. This scene hints at one of the factors that drive the illicit trade in wild species. But why is it conducted with such apparent impunity? And why have attempts to address it been so ineffective? 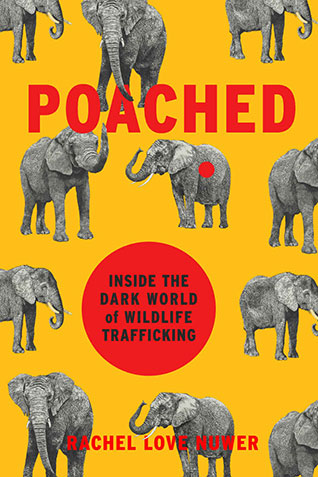 Poached – Inside the Dark World of Wildlife Trafficking

In Poached, Rachel Love Nuwer tackles the dynamics of this enormous, murky, and destructive trade. She tracks down wildlife sales and interviews hunters, traders, wildlife breeders, end-users, and conservationists of various stripes. The book focuses heavily on the major wildlife demand centers of Southeast Asia, supplemented by sorties to Kenya, South Africa, and Chad. Traditional Chinese medicine, the Convention on International Trade in Endangered Species of Wild Fauna and Flora (CITES), ivory burns, antipoaching efforts, wildlife farming, organized crime, and pervasive government corruption and complicity are discussed in a likable and often humorous narrative voice, presenting perspectives and arguments on drivers of the trade and what we should be doing about it.

Poached is nuanced and sensitive. Nuwer largely avoids the simplistic trope of animal-loving Westerners condemning animal exploitation and comes to grips with the cultural attitudes, economic realities, and institutions that shape wildlife consumption. She writes with compassion, for example, of a Vietnamese father who turned to hunting to raise cash for medical treatment for his son, whom he believes is a victim of the Agent Orange bombings of the 1960s.

Poached is chattier and more personal than Vanda Felbab-Brown’s recent book on the same topic, which Nuwer cites extensively (1). This makes for a compelling, lively, and highly informative read. From this standpoint, the book is a success. But in terms of elucidating some of the thorny questions underlying the disputes that dog wildlife trade policy, the book has some weaknesses.

Not infrequently, Nuwer presents questions, the answers to which are uncertain, as statements of fact. For example, the contention that allowing legal trade stimulates rather than satiates demand is sometimes presented as a given, despite the evidence on this question being scant, variable, and contested.

Nuwer’s discussion of CITES debates over wildlife trade is also rather one-sided. Although the text is peppered with arguments from anti-trade campaigners such as the Environmental Investigation Agency and the International Fund for Animal Welfare, she dismisses the arguments of pro-trade southern African countries and their supporters with short shrift. Given that the latter countries have successful track records of conserving elephants, rhinos, and other wildlife, their positions are worth articulating more clearly. At the heart of their argument lies the observation that legal trade in wildlife can provide tangible benefits to communities and foster broad-based community support for conservation and antipoaching.

Nuwer rightly notes that framing efforts to reduce wildlife trade as a “livelihoods issue” is used to justify unscrupulous hunting and trade. However, abuse of the term does not delegitimize the concern itself, and both legal and illegal trade are critical to poor rural people. Nuwer would have created a richer narrative with more engagement on this issue.

Likewise, the book pays little attention to the unjust political and economic trajectories and exclusionary conservation policies that have made poaching a compelling option. The voices of indigenous and local communities—those who actually live with wildlife and who will largely determine its future—are absent. This unfortunately echoes the dynamics of the global debate on illegal wildlife trade.

Despite these shortcomings, Poached is a thoughtful portrayal of the complex illegal wildlife trade, avoiding the simplifications that pervade many treatments of the subject.

(1) V. Felbab-Brown, The Extinction Market: Wildlife Trafficking and How to Counter It (Oxford Univ. Press, 2017)