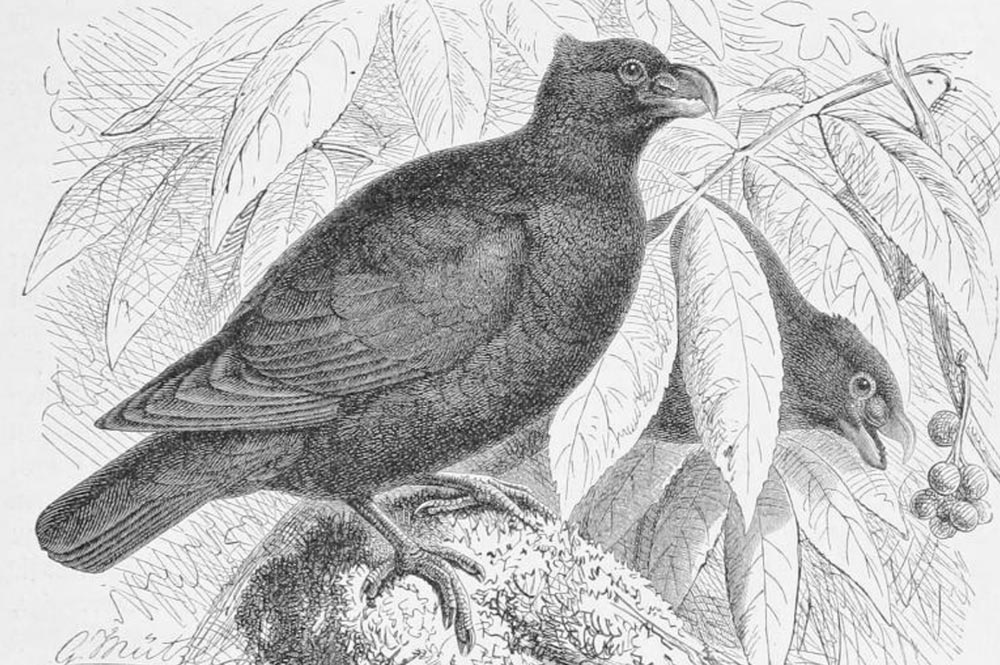 Do you know the Samoan Dodo?

A peculiar-looking and culturally and ecologically significant pigeon is on the verge of extinction in Samoa.

Didunculus strigirostris, a rare tooth-billed pigeon, exists only in the primary forests of the Samoan islands of Upolu and Savai’i at altitudes up to 1,600 metres (1,780 feet). This chunky, almost chicken-size bird is locally known as manumea—“red bird” or “precious bird.” In fact, it is the closest living relative to the famously extinct dodo, hence its nicknames: little dodo or Samoan dodo. The manumea is Samoa’s national bird, found on the nation’s currency and in murals throughout the capital city of Apia.

The heavy, hooked bill of this pigeon is red at its base, then yellow above; it is adapted to saw through the tough fruit of Dysoxylum trees, a mahogany-like species common in the western Pacific. The lower bill has two “teeth” that overlap the upper mandible. The manumea’s feathers are mostly dark greenish-black or blue-green, with chestnut upper parts; the eyes have a red ring around them. The bird vocalizes with an irregular, uniform, territorial coo, repeated frequently. It prefers to perch on thick branches in the dark interior of tree crowns, usually at 15 to 20 metres (17 to 22 feet) up. During the breeding season, manumeas apparently lay two eggs, but nests have never been documented and little is known about the tooth-billed pigeon’s ecology.

The manumea provides significant value to the ecosystem as a crucial seed disperser to sustain the native forest. Other birds can’t open the Dysoxylum fruit.

The population numbers of this bird are very low and it is “critically endangered” on the IUCN Red List. Its total population was estimated at 4,800 to 7,200 in the mid-1980s, but the numbers declined drastically after cyclones to fewer than 2,500 mature individuals by 2000. In 1999 and 2000, surveys on Savai’i found only scattered pairs. An 11-month survey in 2005-2006 reported the species in just 10 locations and estimated the population at only a few hundred, although the remote uplands of Savai’i remained largely unsurveyed.

Small numbers of manumea were recorded in a few locations on Upolu in 2009. No definitive results were obtained during surveys in 2012 in upland Savai’i. Surveys on Savai’i in 2013 yielded a photo of one juvenile bird at the edge of the Tafua rainforest and an adult bird was observed in the same area. This was the first confirmed sighting on Savai’i in almost a decade. Surveys in 2016 produced only one definite viewing of the species on Upolu.

Reliable local hunters reported a steady decline in manumea numbers for decades, but say that it still exists in the Uafato and Malololelei forests on Upolu island and in the Aopo and Taga areas on Savai’i. The very low numbers of recent sightings by local people on Savai’i suggest that the population is now extremely small, on the order of 50 to 249 mature individuals, assumed to equate to approximately 70 to 380 individuals in total.

Historically, pigeon hunts were a divine ritual on Samoa and, in this strongly hierarchical social system, hunting them was reserved for matai, the chiefs. They used long-handled nets to catch pigeons in flight. Manumea hunting has been prohibited by law for more than 25 years, but it continues and the meat is highly valued among Samoan elites. A single bird sells for 15 Samoan tālā—more than $5—and pigeons are still given as traditional gifts to Samoa’s 18,000 matai. 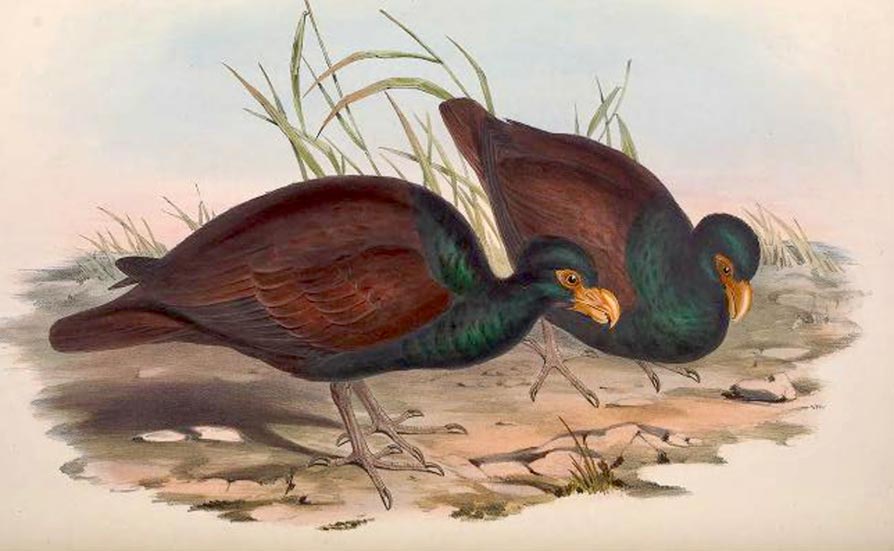 Historically, it is likely that approximately 400 to 500 manumeas were being killed annually, and this rate might have continued through the 1980s. Of 30 hunters interviewed in 2015-16, 30% reported having accidentally killed at least one manumea, including two instances in 2016. Depredation by rats and feral cats may now represent the most serious threat to manumea, especially when rat and cat numbers increase following cyclones. Habitat loss has been significant also and continues, especially on Savai’i. Storms such as cyclone Evan, in 2012, reduce forest quality further by destroying fruiting trees and leaving space for exotic plants that compromise the recovery of native trees.

Fiame Naomi Mata’afa, the Deputy Prime Minister and Minister of Natural Resources and Environment, is calling for intensive conservation to halt the manumea’s slide toward extinction. She is a spokesperson for a new campaign to save the species led by the Samoa Conservation Society and her ministry. In the campaign’s strategy document, she publicly applauds “all Samoans who have made the voluntary decision to forego the purchase, gifting, or eating of all pigeon until we can ensure that our Manumea is out of danger.”