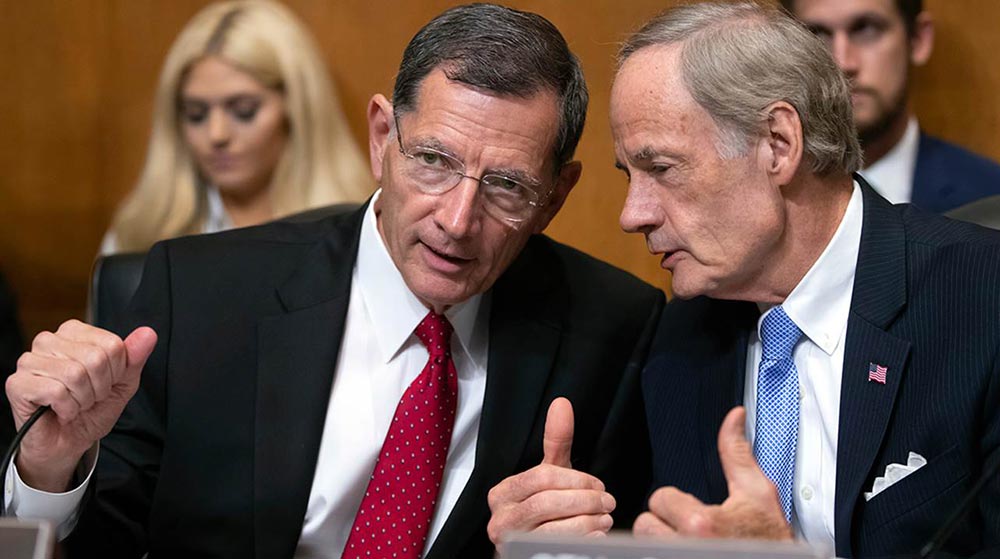 The bipartisan America’s Conservation Enhancement (ACE) Act contains a number of long-standing priorities for sportsmen and other conservationists and authorizes critical funding for habitat and wildlife. Now it must pass the House.

At a time of political hyper-partisanship in the US, few issues demonstrate the power of bipartisanship more than the country’s hunting and fishing heritage. In particular, conservation remains an area where both political parties can work together to advance meaningful legislation that benefits sportsmen and women. This has been consistently demonstrated throughout the past year despite a divided Congress.

To assist both Republicans and Democrats in advancing conservation causes, the Congressional Sportsmen’s Foundation works directly with the Congressional Sportsmen’s Caucus, the largest bipartisan, bicameral caucus on Capitol Hill, with nearly 250 members. CSC members are in large part the drivers for the recent bipartisan victories for sportsmen and women, including the signing into law of S 47, the John D. Dingell Jr. Conservation, Management and Recreation Act, the Target Practice and Marksmanship Training Support Act, Modernizing the Pittman-Robertson Fund for Tomorrow’s Needs Act and robust funding for many of the most important conservation programs, all of which occurred in 2019. These programs are some of the most meaningful legislative victories for sporting conservationists in the past decade.

Building on these successes, the Senate quickly passed S 3051, the America’s Conservation Enhancement (ACE) Act, by amending the bill into HR 925. The ACE Act then passed the Senate on January 9, on a bipartisan unanimous-consent agreement, which does not happen often in today’s legislative process.

The ACE Act addresses a number of long-standing priorities for sportsmen and other conservationists. One of these is reauthorization of the North American Wetlands Conservation Fund at $60 million for five years. NAWCA provides grants to states, which must be matched with non-federal funds, for wetlands conservation projects. The newly authorized funding would be used to increase habitats for birds, fish and other wetlands-dependent animals. Since its inception three decades ago, NAWCA has conserved more than 29.8 million acres (12.07 million hectares) of land in the United States, Canada and Mexico and completed nearly 3,000 different projects, making this program one of the most meaningful contributors to waterfowl and wetland habitat conservation.

Another provision in the ACE Act would establish grants to compensate farmers and ranchers for the loss of livestock to predation from federally protected species such as wolves and grizzly bears. Specifically, $15 million is authorized for each of Fiscal Years 2021 – 2025. America’s private landowners, including ranchers and farmers, play a critical role in conservation and their commitment to collaborating with state and federal fish and wildlife managers has resulted in the recovery of iconic predators such as the grizzly bear and the gray wolf.

Furthermore, the ACE Act would establish a task force within the US Fish and Wildlife Service to help combat Chronic Wasting Disease. CWD is currently found in 26 states, with new detections occurring every year. CWD is a progressive, always fatal degenerative neurological disease that occurs in farmed and free-ranging deer, elk and moose, which are the most sought-after big-game species in North America. State agencies spend countless hours and dollars to track this disease, diverting much-needed resources from other conservation priorities. In addition, scientists do not yet fully understand CWD and its transmission pathways. The top objective in managing CWD is to prevent its spread into new areas, but a lack of reliable information makes this a tough task. The ACE-funded task force would be a step in the right direction to combat this disease.

Section 108 of HR 925 would exempt lead sportfishing equipment from the Toxic Substances Control Act and the purview of the Environmental Protection Agency. There has been no documented evidence that sportsmen’s use of lead has negatively impacted fish and wildlife at the population level in the United States.

Bans on lead fishing products would be unnecessarily burdensome to manufacturers, as it would require the industry to reassemble and overhaul their products. Non-lead alternative fishing tackle would be far more costly to the consumer. It is important to note the EPA has consistently denied efforts to ban lead fishing gear under the Toxic Substances Control Act.

The ACE Act would also codify the National Fish Habitat Conservation Through Partnerships program, another top priority for sportsmen and women. This authorizes $7.2 million annually through Fiscal Years 2021-2025 for fish and aquatic habitat conservation through partnerships with non-government organizations.

The second priority is the reauthorization of the Chesapeake Bay Initiative Act of 1998, which would authorize funding for a grants program for the Secretary of the Interior to coordinate with state and local governments, local communities and NGOs to conserve and restore important areas within the Chesapeake Bay Watershed, including National Wildlife Refuges.

Finally, it creates the Chesapeake Watershed Investment for Landscape Defense Program, known as WILD. This program would coordinate restoration and protection projects among federal, state, local and regional entities. WILD would also engage with other agencies and organizations to build support, capacity and funding for projects for the Chesapeake, the largest estuary in the US and a critical home to one million wintering waterfowl and roughly 70% to 90% of the Atlantic striped bass population.

The Congressional Sportsmen’s Foundation commends CSC member and Environment and Public Works Committee Chairman Senator John Barrasso (R-WY) and CSC member and Ranking Member Senator Tom Carper (D-DL) for their bipartisan leadership in introducing S 3051, and for securing the passage of the ACE Act as part of HR 925. Their leadership moved this bill swiftly through the Senate. The bill is now awaiting scheduling by the House Leadership for a floor vote.

To keep up with state-based regulation of sporting rights in the US, Tracking the Capitols (TTC) is a free service provided by CSF that sends personalized email alerts about sportsmen’s legislation. Sign up at http://congressionalsportsmen.org/legislative-alerts/login.

Jeff Crane is President of the Congressional Sportsmen’s Foundation.

Banner photo: Chairman John Barrasso of Wyoming and ranking Democrat Tom Carper of Delaware before the US Senate Committee on Environment and Public Works in August 2019. Associated Press photo