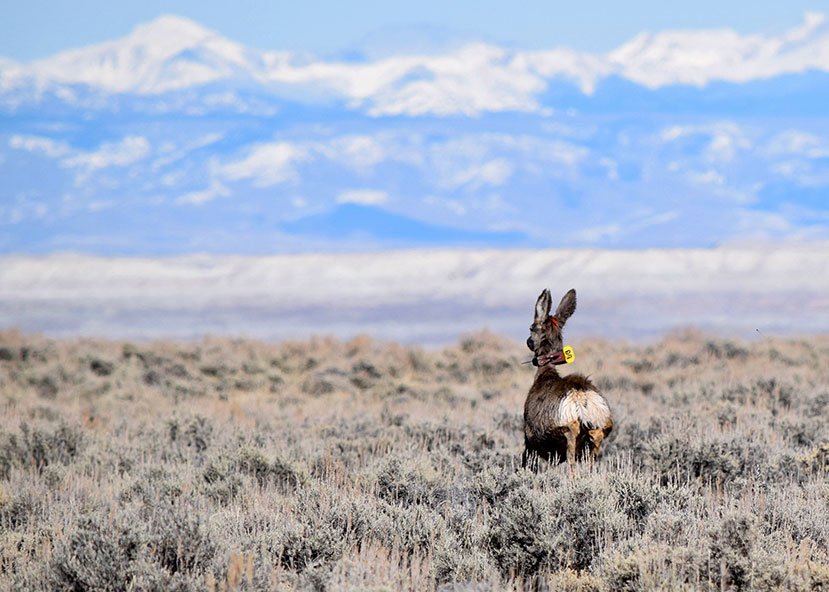 For many wildlife species, home means movement. Habitats shift across the landscape with the changing seasons. Animals migrate between feeding spots and calving grounds. But that movement sometimes conflicts with human development of the land.

“Habitats can’t be considered in isolation,” said Sam Dwinell, a research scientist at the University of Wyoming, in the new documentary “Deer 139.” That reflection seemed most poignant after she and her co-trekkers, field naturalist Anya Tyson and radio reporter Tennessee Watson, had just spent days passing their heavy packs through barbed-wire fences and bypassing gas wells in the sage-covered foothills of the Wyoming Range.

“Deer 139” tells a story of migration over a beautiful but fragmented Western landscape. For a few weeks in the spring of 2018, Dwinell, Tyson and Watson, three “badass women,” followed an 85-mile path through a series of habitats in Wyoming, from the sagebrush steppe to high-elevation Rocky Mountain cirques. Their journey, punctuated with both the humor and reflection of a modern adventure story, was guided by a pregnant doe, a mule deer on the move.

“Deer 139” is a collared mule deer being tracked as part of an ongoing project to understand the migration of these animals and learn what impacts their survival. For a few years, Dwinell’s research has examined how wintering mule deer depend on a particular migratory path—passed from doe to fawn over generations—from their winter range in the foothills to the valleys of their birth. Along the six-week migration, the deer follow grasses and forbs as they emerge with spring before finding home for the summer to give birth to the next generation of fawns. But over the past half century, the mule deer populations that migrate within Wyoming have seen a decline. According to the Wyoming Fish and Wildlife Department, mule deer numbers in the state have dropped by almost a third in the past three decades.

So Dwinell decided to follow Deer 139—to see the landscape from the deer’s perspective—and conscripted Tyson and Watson to come along for the backcountry adventure. “For me as a scientist, it’s important to see migration firsthand,” says Dwinell. “It gives me a better understanding of all the moving parts [these deer are] trying to balance.” 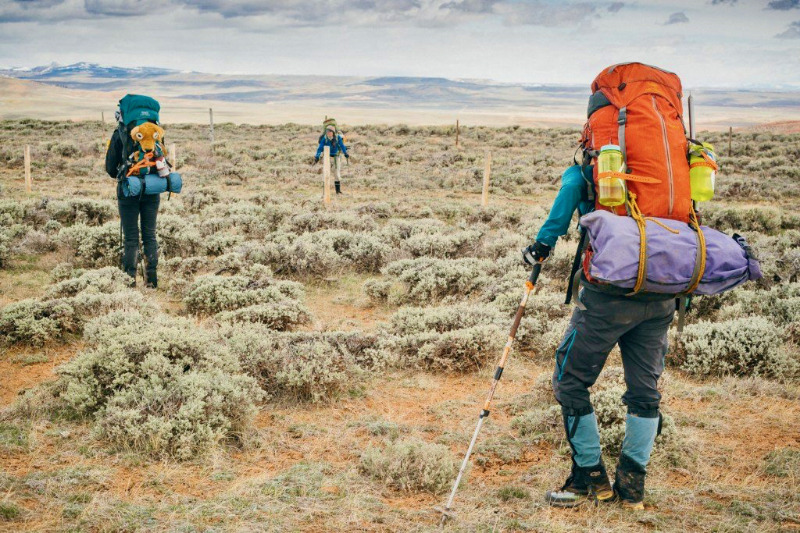 At its core, the film is an adventure story, a reminder of what you can see when you get off paved roads and onto your own two feet. Filmmakers’ photo

The result is an hour-long ode to the mule deer and its migration. Narrated by Watson and produced by filmmakers Morgan Heim and Jayme Dittmar and a team of advisors, “Deer 139” exposes how our land-use habits, in rural Wyoming and throughout the West, contradict the simple truth that animals have evolved to depend on movement and connectivity. Today, their hoofprints are scattered around gas wells and along fences, which often block their preferred paths. Livestock grazing has left behind only unpalatable plants, and in some cases valleys once filled with willows and grasses have been paved over by exurban development.

But at its core, “Deer 139” is an adventure story. It’s a reminder of what you can see when you get off paved roads and onto skis or your own two feet—of how moving slowly across a landscape can reveal both the land’s beauty and its scars. As Watson narrated, this story is about how to “learn from the path, not conquer it”—about “our desire for a crazy adventure” and what those adventures can teach us.

“Deer 139” recalls other similar migration-inspired expeditions, such as Karsten Heuer’s 2005 book Being Caribou, in which he and filmmaker Leanne Allison spent five months following caribou from the Yukon in northwestern Canada to their calving grounds in the Arctic National Wildlife Refuge in northeastern Alaska. In these two adventures, the act of living an animal migration reveals something deep about the spaces these species occupy, as well as how we can more properly fit within it.

“While we’d been caught up in the swirls of blizzards, bears and migrating animals, the only economy and freedom that had meant anything were the economy of movement and freedom of thought,” wrote Heuer. “For a few brief weeks we’d become caribou: content in our suffering, secure in our insecurity, fully exercising the wildness that had been buried within us all along.”

Watson shares similar thoughts in “Deer 139”: “Following Deer 139 changed how we think about our landscapes,” she says. “They’re more than just places for us to play . . . As humans, we each wield some power over the long-term fate of wildlife like 139 and the intact landscapes they need to survive.”

Check with the Haub School of Environment and Natural Resources of the University of Wyoming for updates on where to watch the film and how to help support future screenings.

Austin Price is a California-based writer and photographer covering science, policy, agriculture and wildlife. This review originally appeared in Earth Island Journal and is reprinted with permission.