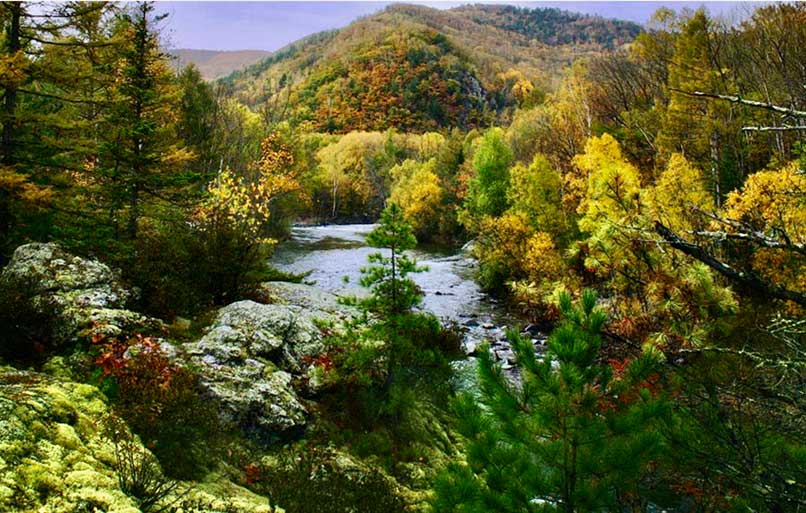 In July, Conservation Frontlines introduced its first Select Study: research in support of predators, prey and rural communities in Russia’s vast and remote Far East. Only some 500 Amur (Siberian) tiger survive there, and they depend on wild boar and red deer. These two species are also vital for the food security and culture of the human community in the region.

With local people and Russian scientists, University of Montana grad student Scott Waller is studying the tiger’s prey species, developing innovative ways to analyze boar and deer populations with trail cameras. The goal is cost-effective, accurate, ecosystem-wide data for sustainable management to benefit tigers, deer, boar and, last but not least, people. His results will also apply to wildlife analysis across diverse species and habitats worldwide.

COVID-19 is affecting Scott’s work and funding. As we appeal for your help in covering his costs (including salaries for Russian field staff, equipment, repairs and supplies), we asked Scott to bring us up to date on his work:

Missoula, Montana, September 17—As summer comes to an end, autumn sets the hills along eastern Russia’s coastline ablaze in color and brings much needed respite from the bugs and humidity. Amur tigers blend in with the oranges and reds of the forest in the fall and the boar and deer forage for acorns and pine nuts in preparation for the coming winter. Field crews, taking advantage of this short window of good weather, are positioning our trail cameras in the Sikhote-Alin Nature Reserve. This will start the second season of our multi-year study—“Devising a Camera Trap Methodology for Estimated Abundance of Tiger Prey Species.”

The Russian arm of WCS, the Wildlife Conservation Society, is now also studying wild boar movement ecology, to come up with a better understanding of how wild boar travel in the Sikhote-Alin landscape. These Ussuri wild boar are something of a mystery—while European boar numbers are soaring, causing enormous crop damage and invading cities and towns, the population density of the Ussuri wild boar is low to begin with and seems to be declining. 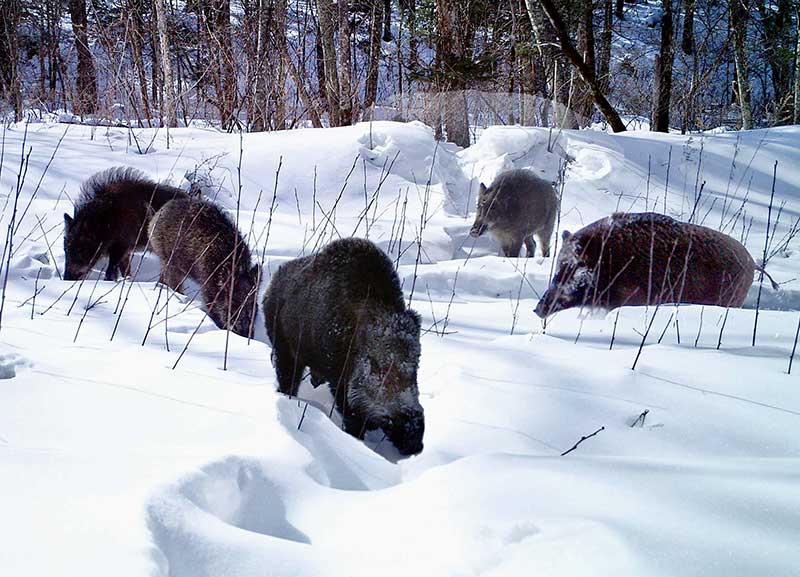 What’s more, African Swine Fever, a serious disease that can devastate both domestic pigs and wild boar, has started to gain a foothold in the Russian Far East. This could have dire consequences not only for the boar, but also for the tigers that depend on them.

As our trail cameras are deployed, other field staff are working day and night to capture and radio-collar wild boar. These collars give us satellite fixes on boar locations every 15 minutes. Then, when snow falls, researchers will go out on skis to follow the paths of these collared boar, to correlate the GPS data with the actual movement of the animals. 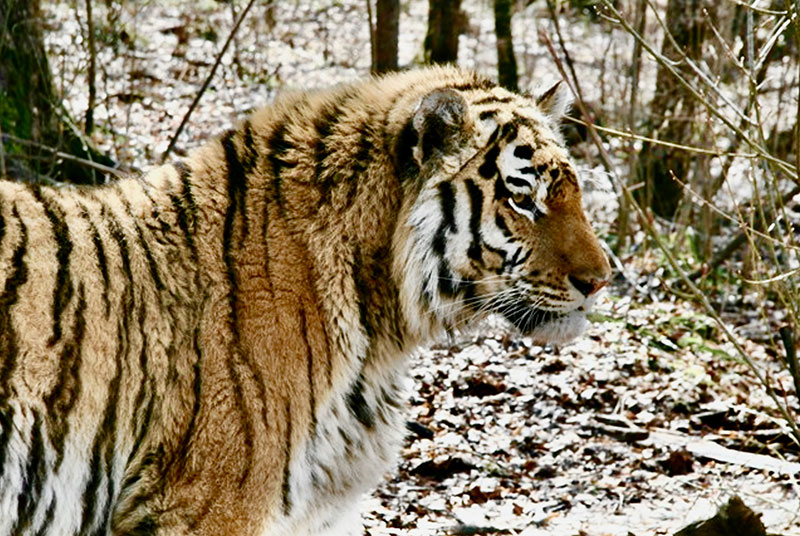 Here in Montana, with my advisors I’ve begun to analyze preliminary data from these GPS collars to find the best way to determine wild boar daily movement rates. This parameter, movement rate, is a key to the equations of several of the methods I use to estimate prey population sizes. The movement rates must be accurate for us to derive accurate population figures. This in turn is vital to establishing science-based, sustainable practices and effective conservation actions to support the prey base of the Amur tiger.

But for the virus, I would be working in Sikhote-Alin now myself. The good news, I suppose, is that saving the travel costs stretches our budget. But we still need help to keep this study producing results. I appreciate your attention and assistance!