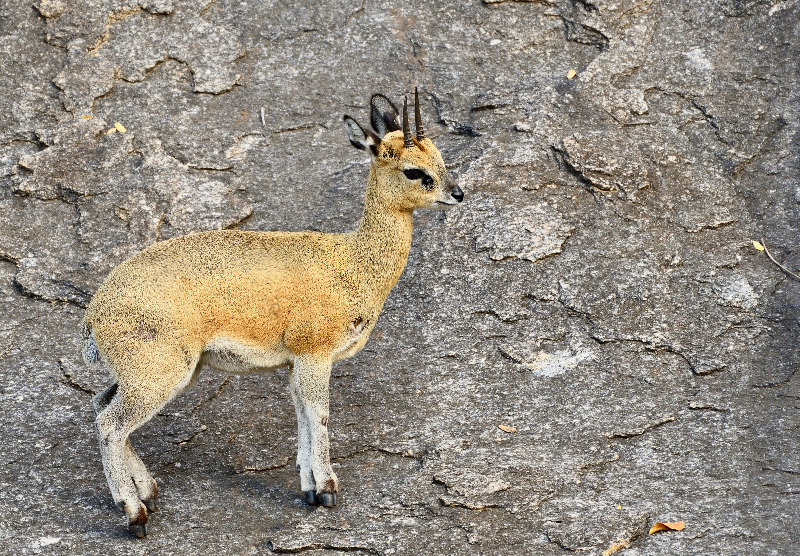 A Better Way to Manage Species Names in IUCN – What’s in a name? A great deal, it turns out.

Several high-profile scientific papers recently reignited debates about the significance of species names. Many wildlife scientists feel strongly about how taxonomy applies names and about the importance of such names to conservation. “Best practice” is evolving.

To its credit, the taxonomic community has published world lists of more than 85% of all species names—and near 100% of marine species names—online (Roskov et al. 2020). This has been driven by the realization that both science and practice will benefit from easier access to quality-assured nomenclature. Of course, like the literature, science does not stand still, and new discoveries will force nomenclature and taxonomic classifications to change with new knowledge. Also, errors can occur in online databases as they also occur in the literature. However, because of easier access to online resources, both the correct and any incorrect information can be rapidly and widely propagated.

Thus it is important that databases are as correct and updated as quickly as possible. To minimize errors, the Catalogue of Life (CoL) subjects species lists to external and internal peer review before publication. However, this does not mean that these are the best possible lists because some experts may not offer their lists for inclusion.

Taxonomic editors can update WoRMS, the World Register of Marine Species, within minutes because it is a centralized system (Costello et al. 2013, 2018). However, these experts have volunteered their time for this scientific service, and it is possible that additional taxonomists might be able to add value to their work.

There is no dispute about the correctness of most species names because the codes of nomenclature provide rules for naming. However, particularly for charismatic megafauna, there can be disagreements about the status of species and subspecies (e.g., Costello 2020) (Box 1).

One might argue that this should not matter because conservation aims to protect “biodiversity” all the way from genes to ecosystems, and thus subspecies should also be protected. After all, “species” are but one measure of biodiversity.

However, species are the only formally standardized measure and do affect funding and conservation priorities. Thus, not only is there an issue of access to fit-for-purpose species nomenclature, but also how to manage differences of taxonomic opinion on species status.

As one of the most important international users of species names, what if IUCN, the International Union for Conservation of Nature, agreed to adopt the CoL as its standard nomenclature for Red Lists from a certain date onward?

Important consequences of such an endorsement of CoL by IUCN would be that both the conservation and taxonomic communities would become more interested in the completeness, accuracy and currency of CoL. Thus CoL might receive more, and improved species lists for inclusion. There also may be calls for more resources for CoL to improve its infrastructure, become more user-friendly (e.g., web services, downloading data), expand its content and adapt its governance structure to include users and data providers (Garnett et al. 2020).

CoL may need to ask data providers to add comments regarding taxonomic uncertainty around species and subspecies status and taxonomic classifications. This will take time and, although technically straightforward, it is dependent on people and organizations working together. The result, however, will be better service for their communities, and I suggest it would be a win-win for both taxonomy and conservation management. 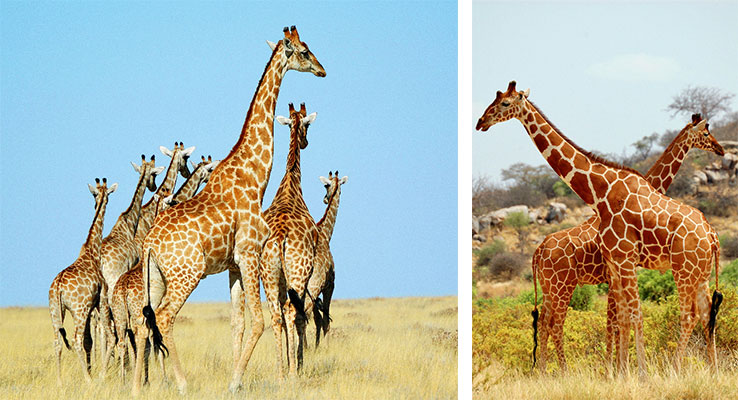 The photo on the right, with two animals, is from Kenya and shows the reticulated giraffe, G. c. reticulata. The other photo, from Namibia, is of Angolan giraffes, a subspecies called Giraffa camelopardalis angolensis.

Depending on the taxonomy, the two are also considered distinct species, Giraffa angolensis and G. reticulata. Giraffe taxonomy is being debated, with the traditional classification recognizing a single species and other classifications recognizing up to eight distinct giraffe species. 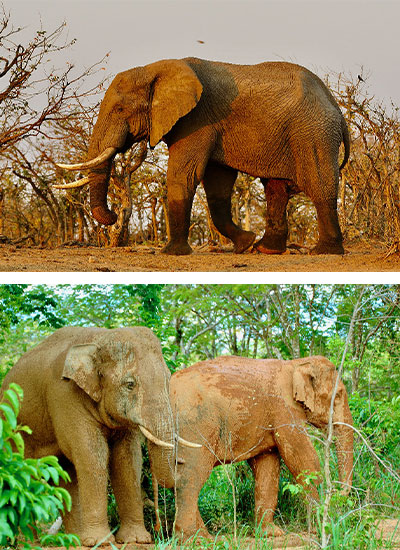 Mark John Costello is a member of the faculty of Bioscience and Aquaculture at Nord Universitet in Norway and the University of Auckland (New Zealand) School of Environment. This article first appeared in the IUCN SSC’s Quarterly Report for September 2020 and is republished with permission.

Banner image: Klipspringer (Oreotragus oreotragus) was once one species with 11 subspecies, but now may be several species. All photos by Frank Zachos, CC-BY

Costello MJ. 2020. How can scientists agree to a list of all species? Accessed at https://oceansofbiodiversity.blogs.auckland.ac.nz/2020/07/07/ how-can-scientists-agree-to-a-list-of-all-species/