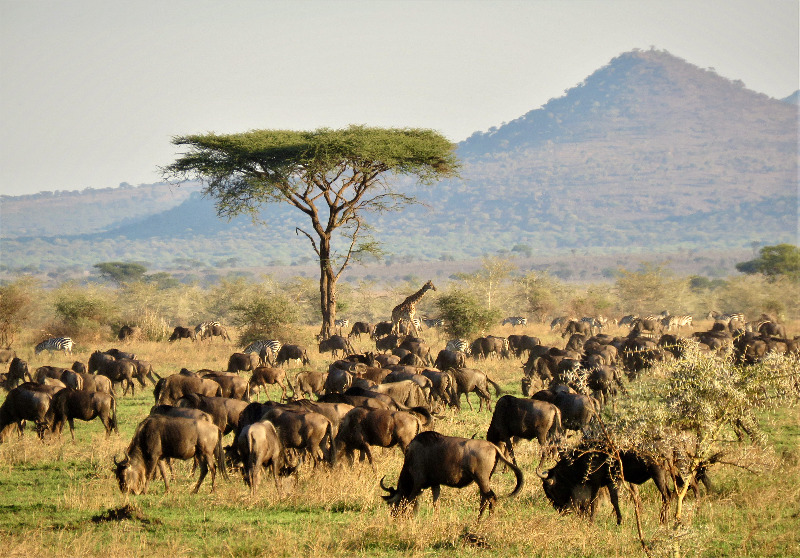 COVID-19 spells disaster for underfunded wildlife and habitat conservation across Africa, write Peter Lindsey and 23 other renowned conservationists and scientists; and they offer solutions.

Conservation in Africa was in crisis already before the virus arrived. Budget deficits, habitat loss and fragmentation, overpopulation, climate change and human-wildlife conflict along with inadequate governance and the illegal wildlife trade have been driving an almost continent-wide decline for years. Now COVID-19 appears to be amplifying the current crisis to catastrophic levels, according to Lindsay and his co-researchers.

Financially, the most obvious value of Africa’s wildlife and wildlands stems from wildlife-based tourism, which until 2020 generated more than $29 billion (€24 billion) annually and employed 3.6 million people across the southern half of this vast continent. Safari hunting, a subset of tourism, generated an estimated $217 million (€178 billion) annually across an area of more than a million square kilometres, or 400,000 square miles.

In Namibia, safari hunting supported the budgets of 82 community conservancies covering some 20% of the country’s area with about 9% of the population, or 189,000 community members. In Tanzania, 68% of protected lands (250,000 sq km, 96,000 sq mi) rely on income from safari hunting. And hunting concessions make up about 38% of Zimbabwe’s state-owned protected lands, in addition to large areas of community and private land.

Botswana’s planned resumption of safari hunting is being delayed by at least a year, likely resulting in huge losses for the government and community-based organizations. In Zimbabwe’s Gonarezhou National Park, the pandemic forced the suspension of many community programs and Zimbabwe Parks and Wildlife Management Authority expects a huge funding shortfall for the year. Communal conservancies in Namibia are losing $3.5 to $4 million (€3.2 million) to an almost complete collapse of both photo- and hunting tourism. Tanzania is contemplating closing down more hunting concessions. And in Mozambique’s far northern Niassa Reserve, management and anti-poaching, which were largely funded by hunting concession fees, are severely compromised.

Photographic and hunting tourism were brutally impacted by the pandemic when government-imposed restrictions and individual concerns reduced international travel almost to zero. (This on top of vociferous social-media and celebrity opposition to all forms of wildlife trade and sustainable use.) This collapse in regional and national income was further aggravated by shrinking economies and recession around the world, which impacted international aid and philanthropic giving to Africa.

Apart from slamming the bottom lines of safari operators and the livelihoods of rural communities, governments across Africa are being forced to reduce conservation funding and operations, which at least in some areas is leading to more poaching, more illegal tree cutting and charcoal production, and more artisanal mining and illegal livestock herding and subsistence agricultural.

The cascade effects of COVID-19 on conservation in Africa. P. Lindsey et al., 2020

Although restricting human movement and reducing economic activity may benefit biodiversity conservation in some ways, Lindsey and his co-authors contend that the net conservation impacts of COVID-19 on Africa will be strongly negative. Their paper details the “perfect storm”—decreased conservation operations plus increased human threats to nature—brought to Africa by the pandemic.

Conservation must be an essential service, the authors posit, with emergency funding available for wildlife authorities, landowners, conservation NGOs and the tourism industry, both photographic and hunting, which is the major cash generator supporting wildland and wildlife conservation.

This emergency financial assistance should come from Northern Hemisphere countries on the one hand and tax breaks from African governments on the other. Such a long-term focus on benefits and conservation will speed the recovery of local economies and create employment, especially as the wildlife tourism industry begins to bounce back as vaccination programs take root.

The report also suggests that systemic flaws in the structure and function of conservation in Africa must be addressed, and pragmatic solutions must be identified and promoted to achieve long-term resilience.

The authors conclude, “The crisis demands a concerted international effort to protect and support Africa’s wildlife and wildlands, and the people that are dependent on them. African governments, the international community, donors and conservation practitioners should collaborate through decisive effort and adaptive management to minimize negative impacts. At this critical juncture, business as usual could be catastrophic, but decisive and collaborative action can ensure that Africa’s wildlife survives COVID-19 and that more resilient conservation models benefit humans and wildlife for generations.”

These warnings and suggestions become even more pressing with the present worldwide surge in the pandemic.