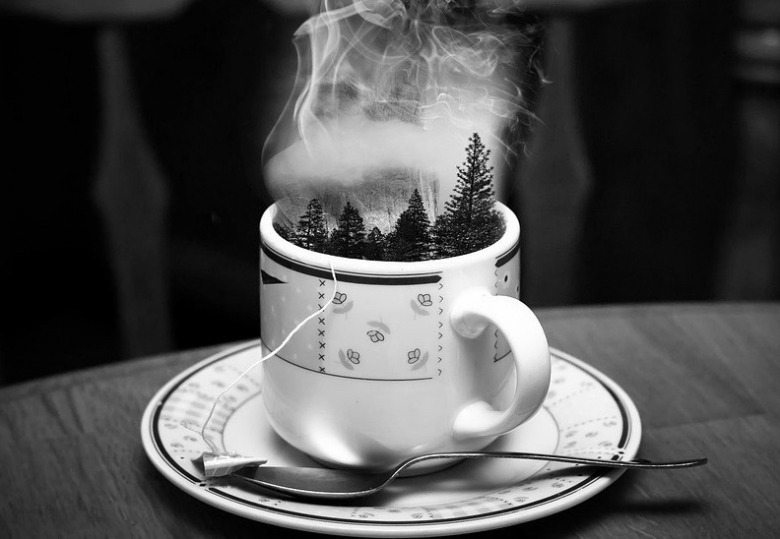 The author, who lives in Fort Peck, Montana, worries about her friends during the pandemic, but notes that “generations are coming together in healing prayers.” As some parts of society seem to be discounting the value of senior citizens, among Native Americans the elderly are revered as those with thean elder of the Lakota/Dakota people.

It was dark, no matter where I looked, lights dimmed

under strain of lost power, energy draining from all of us.

The children quit playing under the solitude of quietness,

then the mothers exhaled, releasing sobs into masks they

hoped would hide all the death. Auntie told us to start the fire,

bring water and bring your bundles of earth medicine.

houses, started stealing the breath of our old and sick, leaving

before sunrise while we slept. Boil the water first said Auntie

then let it simmer. Add the herbs in slowly with prayer, ask the

water to release healing energy. The children watched from

outside, playing then stopping long enough to see the arrival

of give-away blankets and mourning food. It seemed like omens

were walking in circles around the land, but no one recognized

how the deadly air was closing in, that our space was not ours

when it is ready, then drink of the tea, allow the silent, sacred

warmth transfer your mind to all who would receive your prayers.

willows. We made pots of tea to take across the land into houses,

and lives that could not hide from the breath taker. Moons came,

left us so many times with places empty of life, of laughter. Auntie

said to go into the streets and sing the songs of the lesser Gods, an

invitation to bring life back into the air. We cut our hair, carried

our medicine up and down sidewalks and prayed. The children

watching the pace began to hum along with all the singing, they

walked the isolated edges of the community, staying out of sight,

staying close to the willows. One child leading the walk started to

sing murmurs they heard from the willows and earth, then earth

began to stir in duet with the children. It was after all the medicine

said, and after the children sang, the healing began.

Lois Red Elk-Reed is poet laureate of Mountain Journal, where this originally appeared. She is an elder of the Lakota/Dakota people, “a nation older than any of the 200 that hold membership in the UN.” CFL thanks her and MoJo for permission to republish this.