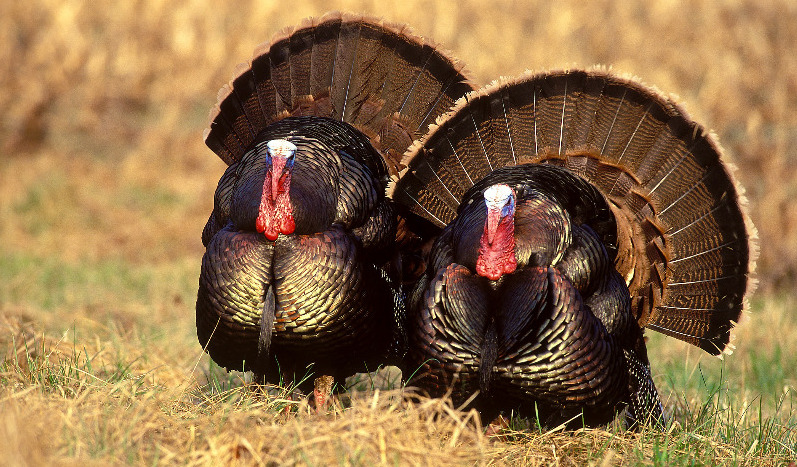 The President of the Congressional Sportsmen’s Foundation reviews the conservation accomplishments of the US’s 116th Congress.

Here in the US, conservation of fish and wildlife, bolstered by our field-sports traditions, has carved out a place in the nation’s political discourse for roughly the past century. Our approach to wildlife management is one of the most successful in the world, one that has helped establish a foundation for enhancing the quality of our fish, wildlife, natural resources and sporting opportunities. The North American Model of Wildlife Conservation asserts that wildlife species are managed in public trust for the benefit of all citizens and demands that wildlife populations be managed to ensure they are sustained forever. These management actions are funded through the “user-pays” American System of Conservation Funding.

In the early 20th Century, after hunters recognized the threats posed by unregulated hunting and poor management, a few forward-thinking individuals banded together to enact rules and regulations governing the harvest of wildlife. As a result, our nation’s sportsmen and women and professional wildlife managers became our greatest conservationists and have worked tirelessly to ensure that healthy and sustainable populations of wildlife exist in perpetuity.

In 1937, the Federal Aid in Wildlife Restoration Act (the Pittman-Robertson Act) was passed, which directs excise taxes on firearms and ammunition (archery equipment was added later) to a dedicated fund specifically for wildlife conservation. Revenue from sportsmen’s licenses also was permanently linked to conservation through the establishment of this program.

Today, in the 21st Century, it is evident that the 116th Congress over the past two years has been among the most productive for wildlife, conservation and the enhancement of our sporting traditions since the conservation revolution of the early 20th Century. On an equally positive note, the policies enacted by the 116th Congress have been established through sincere bipartisanship.

Several pieces of legislation that were led by Congressional Sportsmen’s Caucus members from both sides of the aisle are briefly discussed below, highlighting their most significant features for outdoor recreationists and for the conservation of our nation’s fish and wildlife in public trust.

In March 2019, President Trump signed S 47, the John D. Dingell, JR. Conservation, Management and Recreation Act into law, which then was the largest public-lands access bill in a decade. The Dingell Act included a number of longstanding priorities for the Congressional Sportsmen’s Foundation, including the permanent reauthorization of the Land and Water Conservation Fund. As part of LWCF, the Dingell Act also permanently authorized a Congressional Sportsmen’s Foundation initiative known as “Making Public Lands Public,” which will earmark 3% or $15 million of LWCF funds to help open nearly 10 million acres of once inaccessible public land.

In May 2019, the Target Practice and Marksmanship Training Support Act was signed into law. This act provides financial flexibility to state agencies to use funds generated by sportsmen and women to construct, maintain and operate public target ranges. Specifically, the law reduces the non-federal funds-matching requirement to 10% (previously 25%) and allows states to accrue Pittman-Robertson dollars over a five-year period as opposed to the previous two-year window. These changes will generate additional conservation revenue and also enhance opportunities for recreational shooters to enjoy our target-shooting heritage.

To date, the Pittman-Robertson fund has contributed nearly $12.2 billion to wildlife conservation since 1937. In December 2019, Congress approved HR 1865, which included the Modernizing the Pittman-Robertson Fund for Tomorrow’s Needs Act. This legislation will let states utilize Pittman-Robertson funds for hunter and recreational shooter recruitment, retention and reactivation efforts through educational programs for both the sporting and non-sporting communities. In addition, it will provide states additional flexibility to implement the comprehensive National Hunting and Shooting Sports Action plan nationwide. This law will ensure that future generations of Americans are exposed to hunting and recreational shooting through strategic outreach efforts to recruit our next generation of sporting-conservationists.

The Great American Outdoors Act is perhaps the most monumental victory for sportsmen and women of our lifetime. This legislation is the single greatest financial commitment to increasing public land access and providing new opportunities for current and future generations of sportsmen and women. The Great American Outdoors Act will provide a total of $9.5 billion over five years to address the crumbling infrastructure on America’s public lands and waters. Of that, $3 billion will be allocated to infrastructure overseen by the Bureau of Land Management, the US Fish and Wildlife Service and US Forest Service. Collectively, BLM, USFWS and USFS annually support more than 25 million hunting days and nearly 45 million fishing days, highlighting the importance of access to these lands to sportsmen and women as well as to the outdoor economy.

In the most recent policy win for sportsmen and women, President Trump signed the America’s Conservation Enhancement Act (S 3051) into law in October 2020. The ACE Act is a historic package of bills that will benefit fish and wildlife conservation throughout the nation, including reauthorizing the North American Wetlands Conservation Act at $60 million annually for five years; prohibiting the Environmental Protection Agency from regulating the use of lead fishing tackle for five years; establishing a task force within the US Fish and Wildlife Service to combat Chronic Wasting Disease; authorizing the National Fish Habitat Partnership at $7.2 million annually for five years; and reauthorizing the Chesapeake Bay Program starting at $90 million and increasing to $92 million over five years.

Another important piece of legislation that will remain a priority is the Recovering America’s Wildlife Act (HR 3742), which passed the US House in July 2020. This would direct $1.3 billion annually to implement state fish and wildlife agency action plans and $97.5 million to tribal nations to conserve at-risk species on tribal lands and waters. These congressionally mandated action plans are a blueprint for identifying the unique conservation needs of each state and territory. The funds authorized by HR 3742 will strengthen the capacity of tribal nations and state fish and wildlife agencies to conduct proactive conservation efforts as the primary managers of our nation’s fish and wildlife. The Congressional Sportsmen’s Foundation will continue to work on getting this legislation passed through the 117th Congress.

Collectively, the 116th Congress strengthened the foundation of the North American Model of Wildlife Conservation as well as the American System of Conservation Funding. As we move into the next Congress, CSF will remain diligent in ensuring that these instrumental pieces of legislation are soundly implemented to prioritize our fish, wildlife and natural resources and the hunters, anglers, trappers and recreational shooters who cherish them.

Banner image: Reintroduction of wild turkeys, beginning in the 1970s, has been one of the most successful wildlife programs in the US. Wikimedia Commons