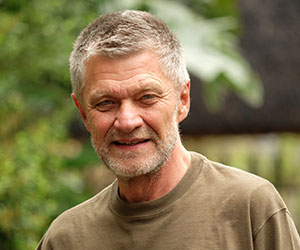 Adventurous by nature and with a yearning to explore the world, Gerhard pursued a business career in his first life. For almost three decades he worked and lived in busy cities like Bogotá, Caracas, Quito, Singapore, Jakarta, Tokyo, Sydney, Barcelona and Johannesburg.

In the early 2000s his lifelong passion for hunting made him dedicate his time and energy to conservation hunting organizations and writing. A native of Schweinfurt/Germany and scion of a family steeped in hunting traditions since the 19th century, Gerhard never forgot his Bavarian hunting roots. Since 1981, he travels the globe to experience remote mountain regions and hunt wild sheep and goats. Hunting mountain ungulates was soon complemented with a thirst for learning more about the enigmatic Caprinae family. This eventually steered him into an almost decade-long research process and ended in the publication of the two-volume CIC Caprinae Atlas of the World.
Gerhard Damm is a member of the Bavarian Hunting Association for more than 50 years, a lifetime member of the Wild Sheep Foundation and Dallas Safari Club, a lifetime associate of the Boone and Crockett Club and serves as a member of the IUCN Caprinae Specialist Group and the IUCN Sustainable Use and Livelihoods Specialist Group. From 2011 to 2017 Gerhard headed the Applied Science Division of the International Council for Game and Wildlife Conservation (CIC). In 2003, Gerhard founded African Indaba; he continued to edit and publish this acclaimed non-profit eNewsletter on conservation and hunting in Africa for the next 14 years.
Gerhard and his wife Conny live in Johannesburg, South Africa since 1994. 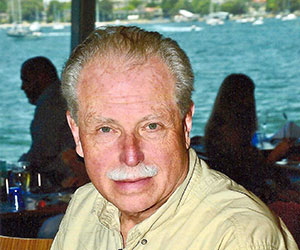 Over decades of global travel and experience, he has seen alarming changes in habitats, populations, climate and culture. For example, he says, our grasp of nature and the predator-prey relationship has declined to the point where most people can respond only emotionally to matters of wildlife and conservation. This is an enormous threat, he believes, to intelligent, effective and sustainable living in the natural world.

Born in France to Swiss and Italian parents, Calabi was brought up near Boston and attended college in Vermont, where he majored in geology and minored in skiing and upland bird-hunting. After college, he worked for the Orvis Company, which introduced him to fly-fishing. He then was involved in the launch of Fly Rod & Reel Magazine, which eventually led to founding and managing a group of consumer and trade publications and expos that covered fishing, wingshooting, fine guns and motor racing.

Calabi has been a member of organizations ranging from the International Order of St. Hubertus to SCI, the Namibian Professional Hunting Association and the California Side by Side Society. As an author, his most recent books include Hemingway’s Guns and Rigby: A Grand Tradition as well as a series of Gun Books—for boys, girls and parents—aimed at bringing safety and sanity into the modern uproar over firearms.

Silvio Calabi lives in small towns on the coast of Maine and in the mountains of Colorado. 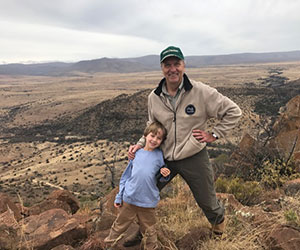 From a cerebral, corporate, citified lifestyle, Derek is now discovering the satisfaction of physically creating a business in South Africa’s Karoo from the ground up – from the hunting of the game to the preparation, marketing, taking of orders and delivering.

Derek was a big-time player in advertising, heading up operations of Ogilvy & Mather in South Africa, Australia and United States before joining FirstRand and until seconded to head the marketing and commercial side of the 2010 FIFA World Cup Local Organizing Committee.
By 2009, Derek, a life-long hunter-conservationist, had begun to hanker for South Africa’s mountainous karroid grasslands between Cradock and Graaff-Reinet. In the Karoo, Derek returned to his idyllic childhood memories and started a whole new business. Taste of the Karoo delivers the region’s best venison, lamb and other produce to some of the top restaurants and delicatessens in Johannesburg and Cape Town. Derek is passionate about ethical hunting and is involved in many hunting and conservation organizations, apart from taking pen to paper – figuratively speaking – to write about the life and the ethical obligations of the hunter. He divides his time living between his game ranch in the Karoo , which he describes as his “ centre of gravity “ , their homes  in Johannesburg and Mt Crested Butte , Colorado. 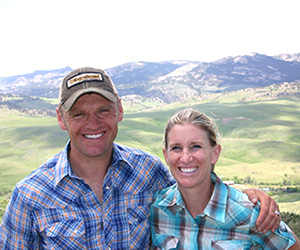 Colleen is our team administrator and spends a few days a week in the office organizing our efforts and working on conservation and wildlife projects. Colleen spends a great deal of time in the outdoors and has a degree in Equine Studies.

She spent her early years out of college fulfilling her dreams of working with horses in rural Virginia. She was a professional groom for a US rider and traveled and cared for horses at competitions around the world, including the World Games in Rome, Italy and The Olympic Games in Sydney, Australia, where the team won silver and individual gold medals in Three-Day Eventing. She then went on to start her own business training horses and teaching riding.
She has been passionate about all animals her whole life but especially time spent with horses and dogs. They also have a small flock of sheep and chickens Colleen and her husband share a love for nature, land conservation, and environmental responsibilities and encourage programs that promote youth involvement, respect for the wild spaces, and appreciation of the outdoors. Their home base is bucolic Middleburg, Virginia…

Colleen loves to garden and spends countless hours planning and organizing her vegetable and perennial gardens. In addition to the 80+ foxhounds on site, they always have many personal dogs of various breeds, whether purebreds or rescues, and enjoy giving them a job. Colleen has been a long standing and dedicated volunteer for a non-profit organization that raises and trains Service Dogs for people with disabilities. She is most often found with a dog by her side.

Conservation Frontlines E-Magazine and Frontline Dispatches are published as a free service to the public. Please share these publications with others who may be interested.