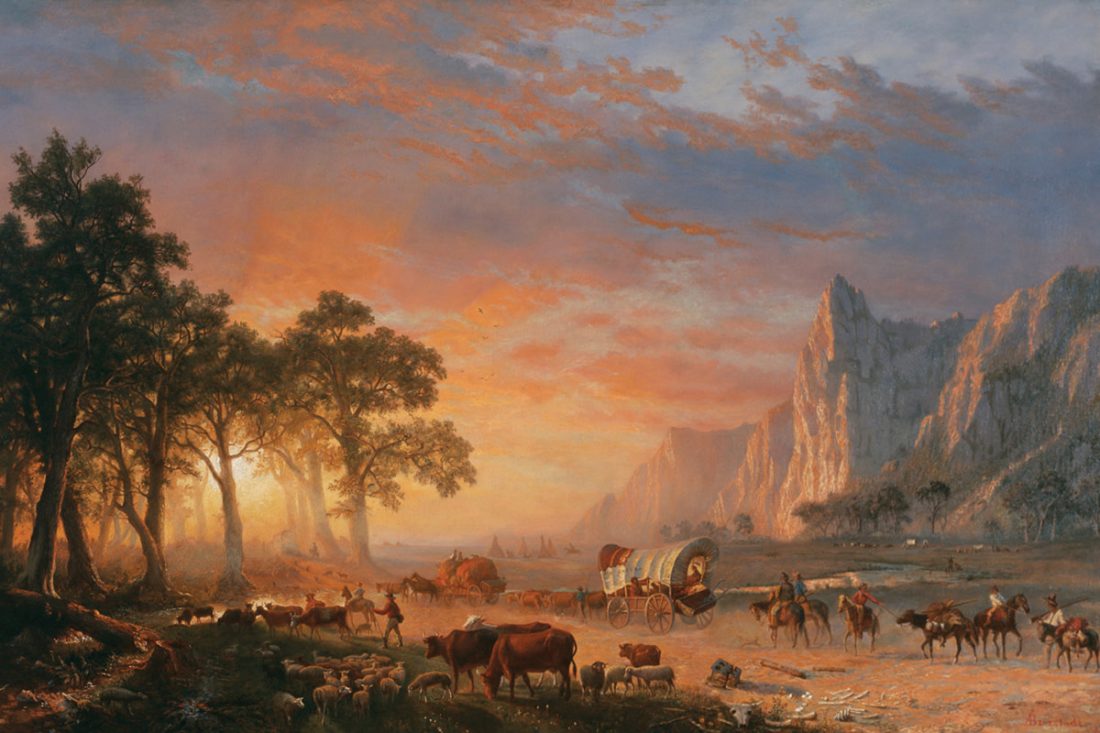 Like the Stars. As New West meets Old West, conflict is the norm. It doesn’t have to be.

The 1990 classic “Dances with Wolves” features a scene in which the main character, Lieutenant John Dunbar, played by Kevin Costner, shares a campfire with Lakota Sioux medicine man Kicking Bird, played by Graham Greene. As the wind blows through a grove of cottonwood trees, the two ponder the impending wave of emigrants. “You always ask how many more are coming,” Dunbar says to Kicking Bird. “There will be a lot my friend, more than can be counted.” Kicking Bird asks for help in understanding what that means, and Dunbar replies, “Like the stars.”

In the 19th century, America tilted from east to west, spilling farmers, miners, cattle ranchers, and foresters into the New West, displacing the Old West Native American tribes, trappers, and thoroughfares of wildlife. Today, the tilt and spill come from all directions, bringing baby boomers and retirees, technology and healthcare workers, conservationists and outdoor recreation enthusiasts, all changing the DNA of communities that were once built on natural resource extraction. The New West of the 19th and 20th century becomes the Old West of the 21st century, and the cycle starts again.

The New Westerners bring their own ideals—such as a desire to live healthy, outdoor lifestyles—and disposable income. Sixty percent of new net income in the West comes from non-labor sources like dividends, interest, rent, and other financial investments. For the most part, they are not here to harvest trees, graze cattle, or mine for minerals. They come for the anchor public lands like Yellowstone National Park and nearby national forests and wild and scenic rivers.

A consequence is more real estate development, which can consume land, splinter wildlife habitats, put pressure on agricultural working lands, and increase demand for a new consumptive land use: outdoor recreation. Yet increased recreation demand can pose its own challenges. As the ever-intuitive Aldo Leopold, father of wildlife ecology, wrote in 1934, “The salient geographic character of outdoor recreation is that recreational use is self-destructive. The more people are concentrated in a given area, the less is the chance of finding what they seek.”

“You always ask how many more are coming. There will be a lot my friend, more than can be counted. Like the stars.”

PERC recently hosted a panel discussion in Washington, D.C., with some of America’s biggest landowners—the acting director of the National Park Service and the deputy directors for the U.S. Forest Service and the Bureau of Land Management. Their challenges mirrored that of the Old West, New West dichotomy.

For the National Park Service, the main obstacle was not the threat of resource extraction but rather the swelling number of visitors to our national parks and the strains on infrastructure—the facilities, trails, roads, and sewer systems in need of nearly $12 billion worth of repairs. In 2016, after three decades of flat visitor numbers, the National Park Service shattered its visitation record by almost 24 million visits—an increase of more than 7 percent.

For the Forest Service, it was the concern of wildfires and the growing cost to protect homes and communities developing in the forested wildland-urban interface, along with threats wildfires place on watersheds that provide drinking water to western communities. The “Fire Service,” as it’s come to be known, now spends half of its budget, nearly $3 billion, fighting wildfires.

And for the Bureau of Land Management, it was the challenge of being a multiple-use agency balancing a working landscape that generates revenue with the growing demand for conservation and outdoor recreation that largely does not.

Free market environmentalism has answers to all of these challenges.

As the tectonic plates of New West and Old West meet, conflict is the norm. It doesn’t have to be. Free market environmental approaches grounded in cooperation can offer conservation solutions untethered to political winds.

For example, wildlife advocates can work with ranchers and farmers on economic incentives to preserve working landscapes that provide important migration corridors for elk, mule deer, and pronghorn. Creative financial arrangements can be deployed to actively manage forests for wildfires threatening municipal water supplies. National parks can use market-based fee approaches to address maintenance challenges and grant more decision-making authority to local park managers. Conservation can be an allowable “use,” financed with New West disposable income, that competes with other uses on public land in bidding for timber or gas. And as timber, mining, grazing, and even hunting diminish as revenue sources for conservation, outdoor recreation—which generates more than $400 billion in annual economic activity, according to the Bureau of Economic Analysis—can step in to fill the void.

This past summer, I had the opportunity to address a hard-working group of ranchers from Eastern Montana. Their fears of a lost way of life were real and worthy of understanding. They are the underdog. New West public land advocates should take time to appreciate Old West private ranchers and their stewardship of the land. We need both healthy public and private lands.

Growth will continue in the West. It will come with conflict and with opportunities for new markets both in conservation and on working landscapes. I am living proof of the New West—a Florida Man in Montana. Both a hunter and a hiker. Somebody who wants to preserve the best of the Old West working lands while conserving the landscapes and wildlife that brought me to this special region. Coming to Montana from a place that witnessed decades of explosive growth, I’ve already seen this movie.

I share with my friends here that their state, now our state, will become an aspiration, a prize for a life well lived someplace else. When they ask how many, I tell them: Like the stars.

This essay was first published in PERC Reports: The Magazine for Free Market Environmentalism, Volume 37, No.2, Winter 2018. Conservation Frontlines appreciates the permission to re-publish. PERC—the Property and Environment Research Center—is a conservation and research institute dedicated to free market environmentalism. Research examines how markets encourage cooperation instead of conflict over natural resources and how property rights make the environment an asset by giving owners incentives for stewardship. Together, they improve environmental quality.

Brian Yablonski is the executive director of PERC and the former chairman of the Florida Fish and Wildlife Conservation Commission.

Painting by Albert Bierstadt, (January 7, 1830 – February 18, 1902), a German-American painter best known for his lavish, sweeping landscapes of the American West.