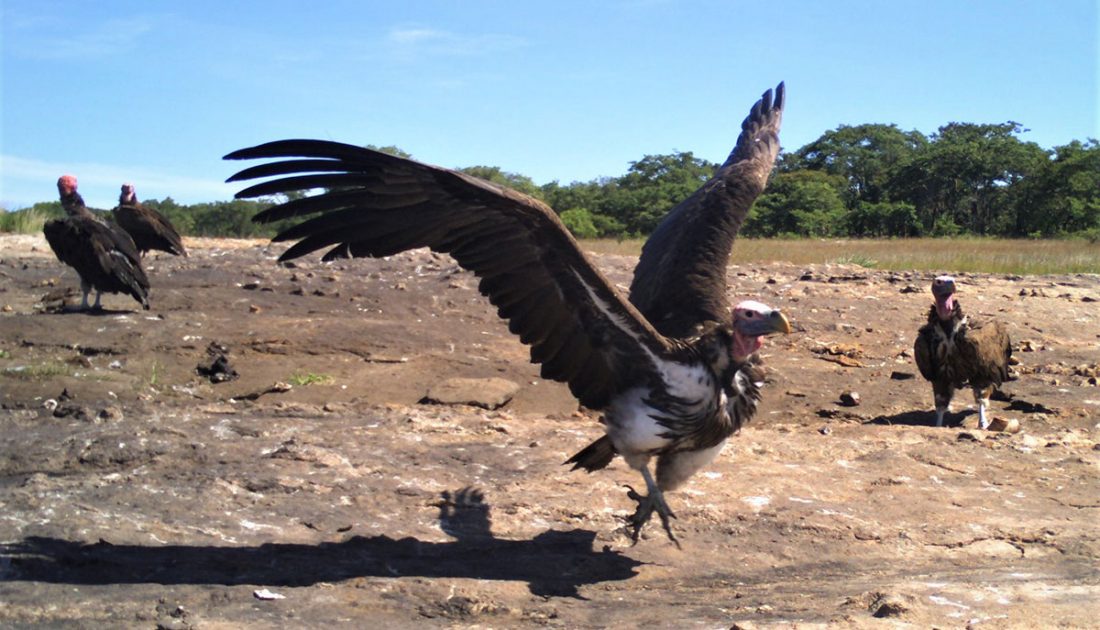 In his 1987 book The World of Shooting, Peter Johnson described the Mbembezi District of Matabeleland, Zimbabwe, 70 years ago, as a countryside dotted with settlements and villages surrounded by crops, their livestock herded by day and kraaled at night. Thanks to the crops, gamebirds flourished around these villages and, in the land between them, wildlife thrived undisturbed and unhindered, in harmony with humans. Man’s activities and Nature’s wellbeing seemed to be in balance . . .

Today, in many parts of Zimbabwe outside of the national parks and conservancies, wildlife has been poached and poisoned out of existence, while inside them projects tend to benefit wildlife at the expense of people. This is unsustainable for either wildlife or people; to succeed and survive, both must benefit. To this end, landowners Joshua Malinga and Jim Goddard are leading the effort to restore a balance between natural and human activity on some 55,000 hectares (136,000 acres) of land in the Insiza District of Zimbabwe.

Their Shangani Sanctuary is near the village of Shangani, on the main road between Bulawayo and Gweru in Matabeleland. The vision for the sanctuary—plans call for it to nearly double in size—is a long-term, sustainable economic/environmental model based on livestock, crops and wildlife. To restore diversity and a pristine natural habitat, Shangani is taking a holistic approach to its entire ecosystem, from the quality of the soil to how its crops are grown and from local schools to wildlife management. Underlying this vision is the concept that, in the long run, what is good for one natural species must be good for all.

Among other programs, Shangani Sanctuary has developed an unusual way to try to reverse the decline of vultures. Regionally, the birds’ numbers are down significantly, and the Cape vulture colony at the Wabai Hills—the northernmost known roosting site of this species—has been abandoned since the mid-2000s. A new abattoir at Pezulu Ranches, a nearby commercial farm, supports Shangani’s vulture project with offal and offcuts that are free of poisons, chemicals and drugs. (The slaughtered animals are for human consumption.) And Jabulani Safaris, an eco-tourism company that operates within the sanctuary, puts out these scraps, as well as natural wildlife carcasses, for the vultures. Jabulani manager Daniel Mead said, “After consultation and guidance from [vulture conservation program] Vulpro, we have established a vulture ‘restaurant,’ feeding at least once a week depending on the slaughter schedule of the Pezulu Ranches.”

Mead and his staff have set up cameras to establish the numbers and species of vultures that frequent the site. To date, lappet-faced, white-backed, Cape and hooded vultures have all come to feed, with the white-backed dominating. “With the regular feeding, we have at least 100 vultures coming in when food is put out, and we’re monitoring this to see if we get increasing numbers with each successive feed.

“At night,” Mead added, “we have brown hyenas and bushpigs as regular visitors to the restaurant too.

“The next step for the Shangani Sanctuary Vulture Restaurant is to work with Vulpro in fitting tracking devices to Lappet-faced vultures in order to get an understanding of their range and nesting sites in relation to the restaurant. This is still in its infancy and we are starting the process of consulting with Zimparks in order to obtain the necessary permits to allow us to capture and tag vultures.”

Neil Wolhuter trained as both a PH and a lawyer; born in Bulawayo, he lived in Zimbabwe until 2001, when he relocated to South Africa. As a director of a company closely associated with a promoter of the Shangani Sanctuary, he was invited to join the Shangani team when the project was launched, in 2012.