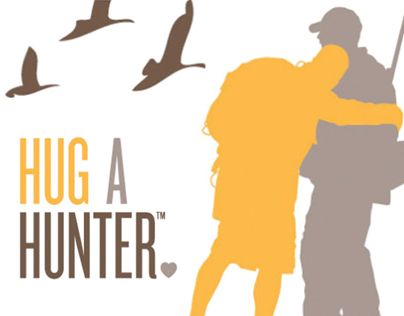 Changing Public Perceptions of Hunting Around the World

Hunters in Colorado and Michigan, and the Wildlife Councils in the two states, teamed up with the Nimrod Society to develop successful pro-hunting public relation programs. Compelling messages and arguments on shared values resonated best with nonhunters. This initiative provides a model for hunters throughout the world to successfully encourage a positive view of hunting in public opinion.

Pro-hunting PR programs in two U.S. states provide a model for how hunters throughout the world can successfully influence public opinion

Public perceptions play a critical role in determining the future of hunting, but a majority of people today have very little knowledge about hunting in general, the role sportsmen and women play in wildlife management and conservation, and the positive economic impact hunters have in countries around the world.

Hunters in Colorado found that out the hard way in the 1990s when a series of anti-hunting ballot initiatives passed in their state. Faced with a public relations campaign being waged against them, hunters decided to strike back with a PR campaign of their own.

The campaign began with extensive research to find out what type of messaging resonated best with nonhunters. Using focus groups and statement testing, researchers discovered that the most compelling arguments involved the positive economic impacts of hunting, including the number of jobs created, and how revenue from hunting and fishing licenses and excise taxes on hunting and shooting gear paid for wildlife management. Most importantly, the research found that the campaign was most effective if it was based on hunters’ and non-hunters’ shared values—such as concern for wildlife and appreciation of the outdoors.

The result evolved into “Hug A Hunter”—a fun, friendly series of TV and web ads airing on major network channels in prime time that convey a simple, truthful, positive message about hunting. Watch one of these ads here: https://www.youtube.com/watch?time_continue=3&v=2FTuNGX-VvY.

This ongoing PR campaign has transformed the hunting landscape in Colorado. Since it has been running, seven out of ten people in the state say they would vote against any new hunting restrictions or anti-hunting ballot initiatives—a huge change from the 1990s. Shortly afterward, hunters in Michigan succeeded in passing similar legislation in their state. Watch one of the Michigan ads here: https://www.youtube.com/watch?time_continue=4&v=k07g3AZj5Ks

One of the challenges with effective PR campaigns is that they require dedicated, ongoing funding to be effective—“one and done” approaches generally don’t work. The Colorado and Michigan efforts are made possible by legislation establishing a state Wildlife Council—complete with a long-term funding mechanism via a hunting license surcharge solely dedicated to funding and producing an ongoing pro-hunting mass media campaign that will run year after year.

PR campaigns like these help the general public understand that funds from hunting programs help conserve forests, support wildlife habitats, and create jobs. Hunting license fees fund conservation for everyone—hikers, birdwatchers, and mountain bikers, not just hunters and anglers—to enjoy. The economic impact of hunting, especially in rural towns and villages, is significant in nearly every country where hunting occurs. This is a story that needs to be told to the non-hunting public. Currently, many efforts by hunting groups involve “preaching to the choir.” The efforts in Colorado and Michigan provide a blueprint for telling the true story to the people who need to hear it the most—the general public.

The Nimrod Society was formed with the goal of expanding this successful public education program to every state in the U.S. and to countries around the world. The organization has developed a resource kit to help U.S. hunters promote legislation to develop their own pro-hunting PR campaigns. This model can also be adapted for countries interested in establishing ongoing funding sources for similar programs. These pro-hunting PR initiatives are generating a great deal of interest from hunting groups both inside and outside the U.S. Visit https://nimrodsociety.org/ for details.

Diana Rupp is the Editor in Chief of Sports Afield magazine, a consultant for the Nimrod Society and the author of four books, including Great African Trophies and 130 Years of Sports Afield. Her hunting adventures have taken her throughout North America and to Africa, Europe, Asia and the South Pacific in pursuit of species as diverse as Cape buffalo, grizzly bear, ibex and wild sheep, but she especially loves hunting elk near her home in northern Colorado.