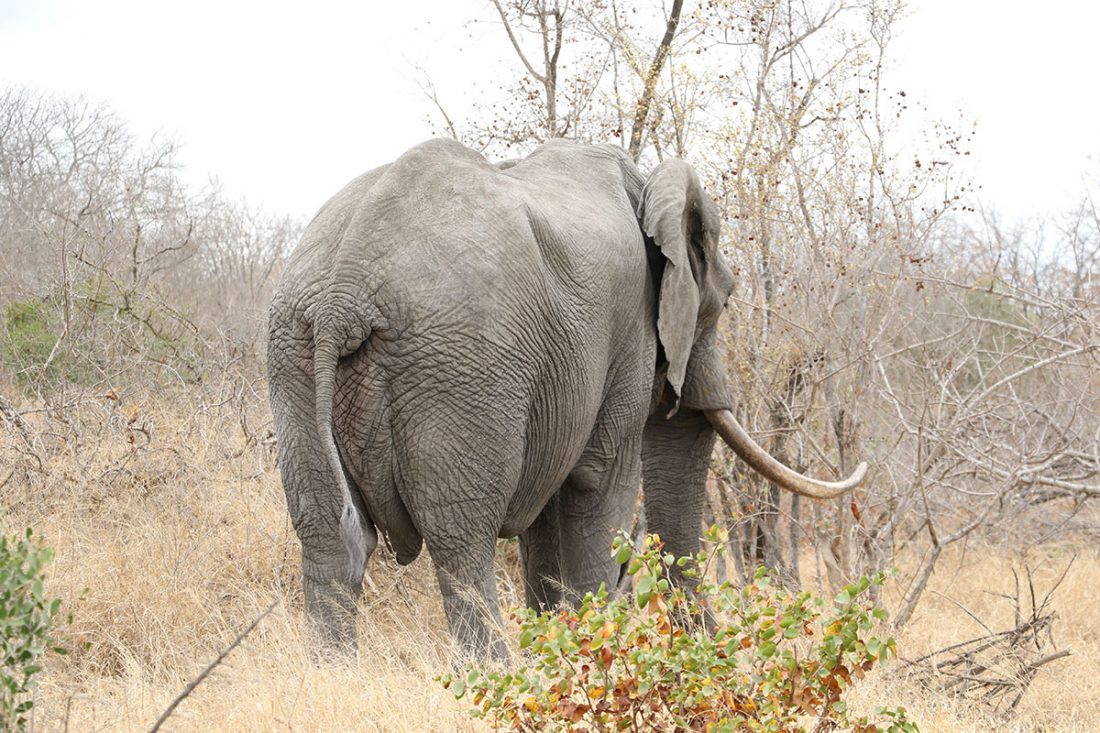 The Elephant in the Room

African elephant extinction is not imminent, says Matthew Lewis. What is imminent are more and more African nations struggling to deal with too many elephants competing with too many people for too little space. And this may be the Elephant In The Room that no one is talking about.

Few species are as iconic as the African elephant, the world’s largest terrestrial mammal. With long lifespans, high intelligence, and complex social structures, elephants evoke powerful emotions in people. Long pursued for their ivory, elephants have also been increasingly exploited in recent years by groups that rely on them for fundraising.

We are subjected almost daily to emotive fundraising appeals telling us that African elephants are on the edge of extinction. One group, calling itself a science-based conservation organization, still fundraises on a claim that 96 elephants are killed every day for their ivory–a staggering 35,000 elephants annually. This claim has been made for at least seven or eight years, despite peer-reviewed scientific evidence showing a continual decline in the rate of elephant poaching since 2012.

Data from CITES MIKE (Monitoring the Illegal Killing of Elephants) and a new study published in the journal Nature clearly show that elephant poaching peaked in 2011 and has fallen steadily since, returning to the lowest levels in a decade, well before the “elephant poaching crisis” became daily news. Despite the facts, some exploitative groups still claim that poaching is pushing elephants to the brink of imminent extinction, which they link directly to their fundraising pages.

The African elephant is categorized as Vulnerable on IUCN’s Red List of Threatened Species, not Endangered, and certainly not Critically Endangered. Species listed as Vulnerable are defined by IUCN as “likely to become endangered unless the circumstances that are threatening its survival and reproduction improve. Vulnerability is mainly caused by habitat loss or destruction of the species home.” Note that this definition does not mention imminent extinction, nor does it mention poaching.

The IUCN African Elephant Specialist Group (AfESG) maintains and analyzes the African Elephant Database (AED). The AED is the largest repository of data for any species on earth, and for more than 25 years it has served as the clearinghouse for elephant population data.

In 2016, the AfESG released its African Elephant Status Report 2016, the first comprehensive update on the status of African elephants since 2007. The ever-pessimistic media rushed forth to misrepresent the findings of the 2016 status report. Most led with headlines like “only 415,000 African elephants remain.” Not only is this claim untrue, it’s also unscientific, yet many groups claiming to be science-based repeated it as fact.

“The estimated number of elephants in areas surveyed in the last ten years in Africa is 415,428 ± 20,100 at the time of the last survey for each area. There may be an additional 117,127 to 135,384 elephants in areas not systematically surveyed. Together, this…is 62% of the estimated known and possible elephant range. There remains an additional 38% of range for which no elephant population estimates are available…”

To be sure, Africa has lost thousands of elephants to poachers in recent years. We can’t pretend that poaching hasn’t had a severe impact on elephants. The AfESG estimates that in the period between the 2007 and 2016 status reports, the overall population declined by approximately 118,000 elephants. That is certainly a cause for concern and reflects the severity of the poaching surge that peaked in 2011, but it did not put the species on the brink of extinction.

The truth is that over half a million African elephants still roam the continent, and they are not headed for extinction anytime soon. The majority of these elephants are found in secure populations in southern Africa, which have been mostly unaffected by poaching. Around 75% of the elephants in southern Africa are found within the vast Kavango-Zambezi Transfrontier Conservation Area (KAZA)—an area larger than the state of California. KAZA links a secured habitat network of national parks, communal conservancies and hunting concessions across five nations in southern Africa.

Countries that have embraced sustainable use have also seen the largest growth in elephant numbers. While it has experienced some localized poaching, Zimbabwe still houses a very secure population of over 80,000 elephants, which is far more than its ecologists estimate the habitat can support. Namibia’s elephant population has grown by 150% since 2006, thanks in part to solid anti-poaching protection. Botswana is home to the single largest population of African elephants of around 150,000 and has struggled to manage the impact of a high elephant density on people and habitat.

Indeed, many African elephant range states are now becoming victims of their own conservation success. In the Samburu-Laikipia MIKE monitoring site of northern Kenya, the rate of elephant poaching has declined to its lowest level in over a decade, and the population has rebounded, growing nearly 13% over the past five years. As a result, human-elephant conflict has escalated, and while elephant poaching has declined, the rate of retaliatory killing due to conflict has increased. Thus, the proportion of illegally killed elephants (PIKE) remains high, even while poaching has gone down.

As the Nigerian author Chimamanda Ngozie-Adichie has famously said, there’s a danger in having only a single story. For years now many conservation organizations have made the “elephant poaching crisis” their single fundraising story. But now that poaching rates have plummeted, what will they do? Will they now shift focus to the serious threats of habitat loss and fragmentation, human-elephant conflict, infrastructure development, climate change and increasing human population? It may be harder to motivate donors to support interventions countering these threats, but they surely pose a serious threat to elephants and other African wildlife if left unaddressed.

Human-elephant conflict holds the potential to roll back decades of conservation success in a single horrific night of terror when elephants raid crops, destroy houses and kill people. Those critics who are so quick to condemn Botswana for reversing its hunting ban would do well to walk a mile in the shoes of the people of Chobe and Ngamiland who are fed up with burying the victims of human-elephant conflict and seeing their crops destroyed year after year. While hunting may not offer a magic bullet solution to these problems, it’s abundantly clear that during the five years that hunting was banned not a single viable alternative solution was proposed or implemented, and people’s attitudes toward wildlife are at rock bottom.

The threat of poaching can never be ignored. The moment we become complacent the criminal syndicates will take the opportunity to exploit wildlife for financial gain. But our response must be commensurate with the threat. For far too long we have paid short shrift to human-elephant conflict mitigation measures at the expense of throwing millions of dollars into a “war” on poaching that too often viewed local people as part of the problem rather than part of the solution.

African elephant extinction is not imminent. What is imminent are more and more examples of African nations struggling to deal with too many elephants competing with too many people for too little space. And this may be the elephant in the room that no one is talking about.

Matthew Lewis is a wildlife biologist with 25 years’ experience in conservation issues in North America, Asia and Africa. Originally from Missouri, he now lives in Nairobi, Kenya, and works on wildlife conservation across Africa. The original version of this article was published in 2017; the author has updated it to reflect the present situation.