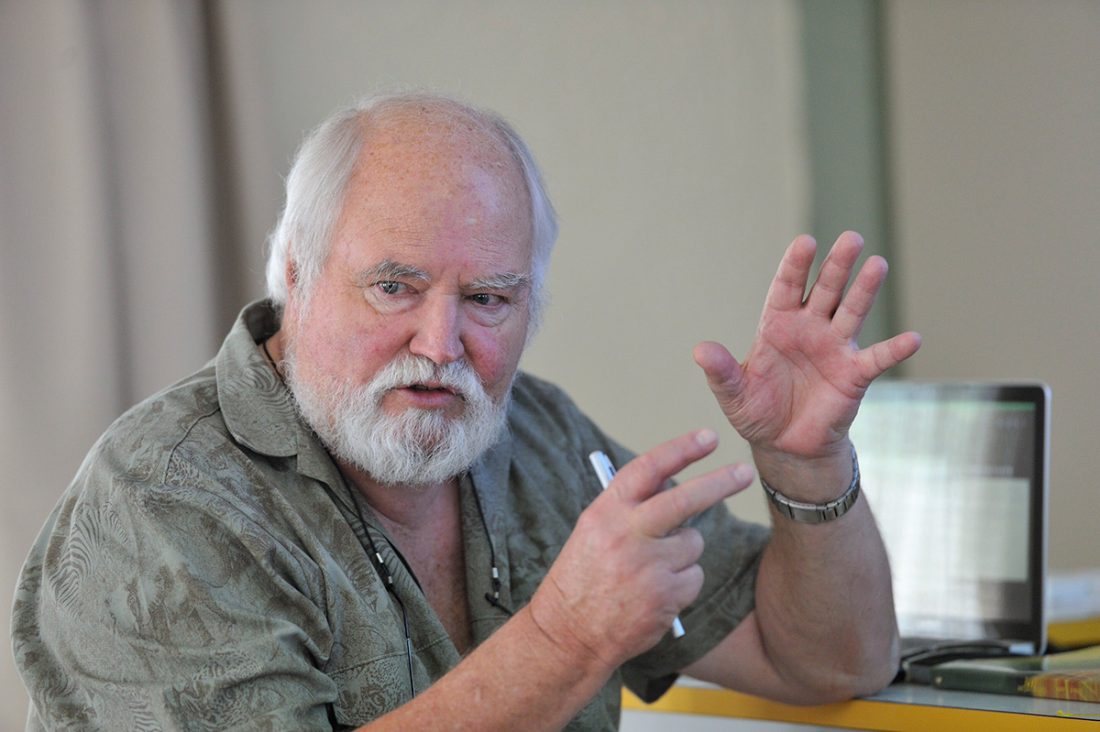 A Man of Value–Volker Grellmann—Conservationist, Farmer, Teacher, Hunter and Gentleman

Volker Grellmann, the doyen of Namibian professional hunting, died of a heart attack on the early morning of September 16, 2019, at the age of 77.

A tall and alluring man, with a rosy complexion and blue eyes, Volker had a booming vibrant voice. White bearded and whitehaired already when I met him first in the mid-1990s, Volker never minced words. Ethical hunting and wildlife conservation were important to him. Even more important were the people of Namibia.

A humble man with the memory of an elephant, Volker’s intolerance for ineptitude, unethical behavior, or the myopic views of extremists from both sides of the conservation aisle was legendary. But Volker also had a sparkling sense of humor, and with a twinkle in his eyes and his easy smile, Volker often regaled his listeners with wonderful stories from his rich and colorful life.

Volker and his wife Anke are German-born. They sailed on the same boat from Hamburg to the shores of what was then still called South West Africa, yet they only met after arriving in Windhoek. Volker returned to Germany to study fashion design in Munich; back in Namibia, he became a furrier, designing elegant Swakara garments.

On the side, he moonlighted as hunting safari outfitter; soon hunting and conservation were at the center of his life. In the late 1960s, Anke and Volker launched ANVO Hunting Safaris; and in 1974, this company became the nucleus of the first professional hunting organization in the country. Under Volker’s leadership, the early safari pioneers already thought in terms like wise use of natural resources, sustainable utilization, importance of biodiversity. In 1978, ANVO Safaris was awarded a ten-year trophy hunting contract for an enormous 15,000 square kilometer concession in Damaraland.

Already early on Volker was a passionate advocate for the rural people living in communal rural areas. His objective was that they should benefit from their wildlife. The communal conservancies are one of the big success stories of Namibia, and Volker is an integral part of this development.

Recognized amongst his peers as one of the stalwarts of the Namibian hunting fraternity and one of the founders and long-term president of the Namibia Professional Hunting Association (NAPHA), Volker played a pioneering role in the development and practice of rigorous hunting standards and ethics. As a teacher, he helped many capable rural residents to achieve their dreams. As a conciliator, he brought widely different characters around a table, adroitly moderating difficult discussions, and achieving sustainable solutions for people and wildlife.  The work of this marvelous, valuable, and sincere giant of a man and true Namibian hunting and conservation icon impacts this and future generations of Namibians. His tracks across the Namibian landscapes are too large to miss.

This is your final Halali, old friend. Waidmanndank, for all you did for conservation and hunting. Rest in Peace.