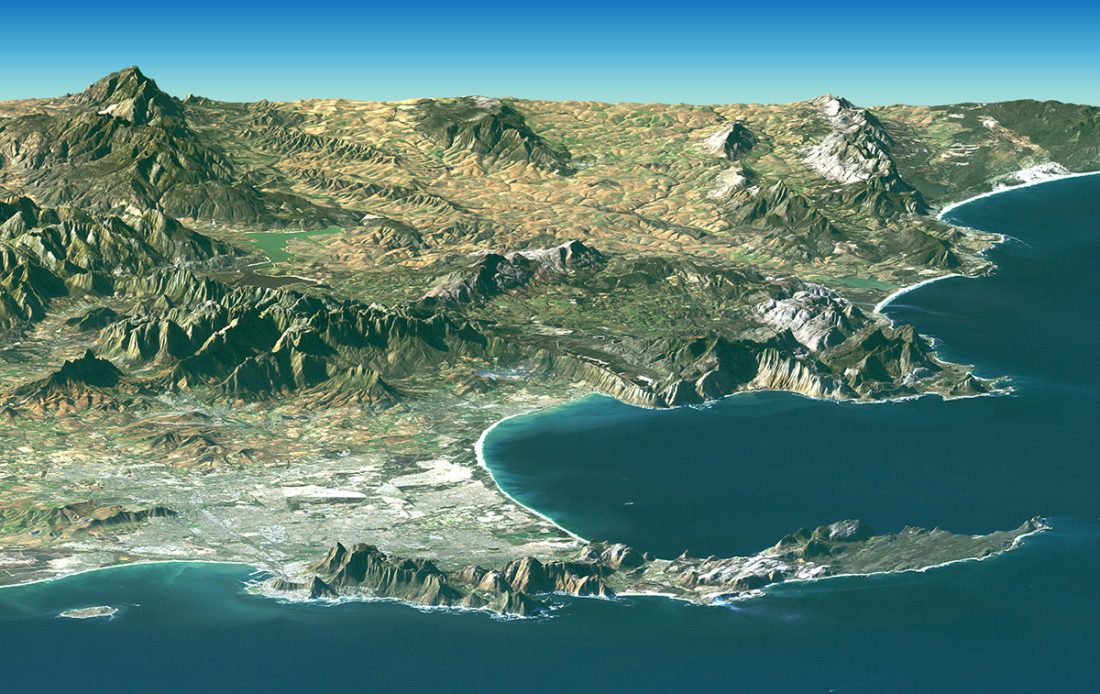 When I was a kid, I often dreamed of going back in a time machine to when only Khoisan hunter-gatherers roamed the shores of False Bay and the fishing was superb.

We all have some physical reference that defines our childhood. For many Capetonians, it is Table Mountain, even if seen from the bleakness of the Cape Flats. For others the Drakensberg, for the Kalahari kid the icy winter mornings or the smell of rain when summer comes.

For me, it is False Bay. I grew up surfing its waves, diving its kelp beds, playing on its beaches, fishing off its rocks and driving the most beautiful road in the world, Clarence Drive, to our family cottage near Cape Hangklip, the bay’s easternmost arm.

I know what the wind does, how the southeaster turns the water on the eastern shores ice-cold and clear, the diving is good, the ice-cream headaches from the cold water intense. The northwester warms the sea and the yellowtail come inshore to be hooked from Whale Rock and Blaauwkrans.

That’s also when the swell picks up and gets focused by Rocky Bank, the reef at the mouth of False Bay, and creates rogue waves that sweep anglers from the rocks. The eastern arm of False Bay is haunted by their crosses.

But my beloved bay is in grave danger. The City of Cape Town says that for the first time since 2004, not a single great white shark has been spotted in the bay this year, down from an average 205 sightings a year.

And a landmark study by 32 researchers was published in Elementa – Science of the Anthropocene, which synthesised more than 30 years [of] research into False Bay.

They address the disappearance of the great whites by noting that “the reasons for the low sighting rates are unknown, but might be related to more favourable prey conditions along the east coast . . . the increased presence of killer whales Orcinus orca that target white sharks (and, specifically, their livers) as prey might also play a role.”

The report’s essence includes that: by next year, the effluent of nearly two million people will enter the bay via leaking sewers, 11 rivers, multiple stormwater drains and polluted groundwater; wind and rainfall patterns are shifting because of climate change; kelp, crayfish, seabirds and pelagic fish are moving east; and overfishing has “led to alarming declines” (only yellowtail have increased) while perlemoen and crayfish stocks are close to collapse.

For surfers, there is one bit of good news amid the gloom: there is likely to be a “shift of mid-latitude cyclones to a more southerly latitude” and this may “generate waves with a more southerly, and hence more direct, approach into False Bay”. Expect better and bigger waves in the bay.

When I was a kid, I often dreamed of going back in a time machine to when only Khoisan hunter-gatherers roamed the shores of False Bay and the fishing was superb.

I hope my grandchildren don’t look back and say “I wonder what it was like in Grandpa’s day when there were fish, and you could swim in False Bay without getting sick?”

South African freelance photojournalist Tony Weaver is an environment writer, columnist and editor. This article first appeared in Die Burger on September 3, 2019, and is republished here with permission.