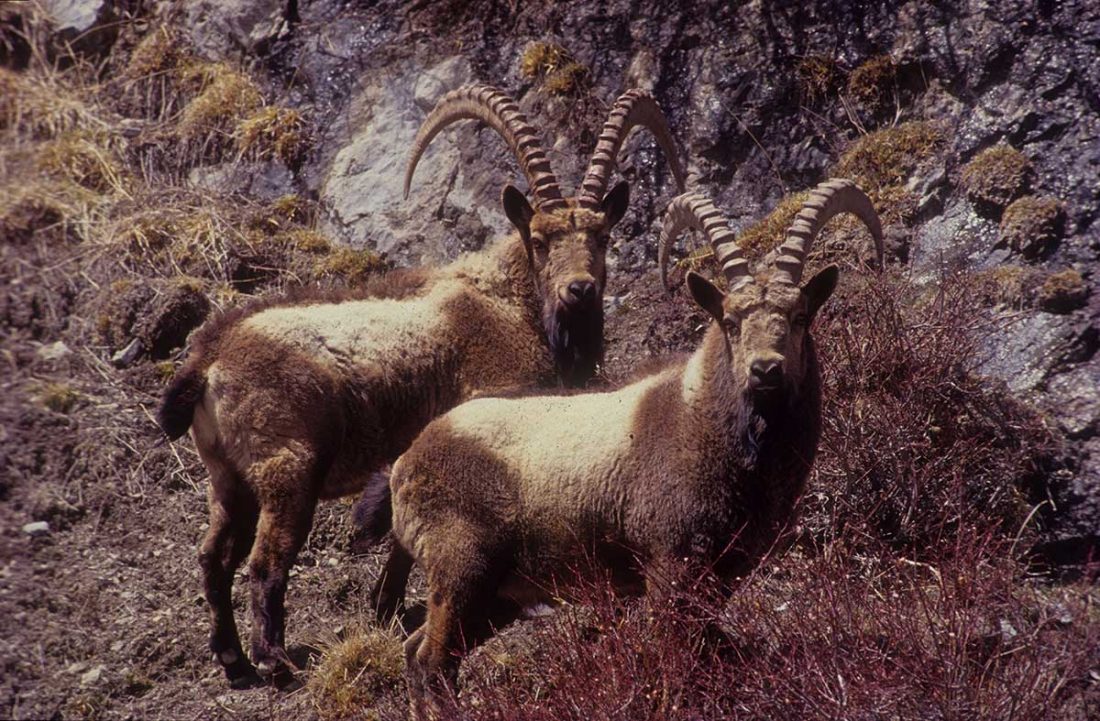 Pakistan’s ibex trophy hunting program, long considered a successful intervention, is showing signs of corruption that need to be nipped in the bud.

Pakistan’s trophy hunting program has gained the reputation as one of the best managed sports hunting programs in the world. It is often quoted as an example of a successful community-based conservation program because of its benefits both to the animal numbers as well as to the participating communities. Six months ago, I wrote an article for a Pakistani daily in which I hailed the program for its positive results. Since then, however, I have done more ethnographic research in the communities involved in this program in the Hunza district and found some disturbing details. These details are new and have transpired only in the last couple of years, so they do not negate the positive evaluation that I, and others, had done of this program previously. Moreover, this problem only affects ibex hunting and not markhor hunting. Here is the problem: each year in June the Gilgit-Baltistan (GB) Wildlife Department holds an auction for hunting permits for the coming season (November to March). The permits are issued to individuals and outfitters for hunting in participating communities throughout GB. About 60 permits are issued for ibex hunts. But, for the last two years, by the time the hunting season ends in March the actual number of ibex hunts that have taken place are more than 100: about twice as many [as] are approved at the auction in the previous June. That is, additional permits are issued after the initial auction.

The question is why do almost twice as many ibex hunts take place over the approved quota of 60? There are two reasons for this, according to one GB Wildlife Department official who spoke to me on the condition of anonymity. First, when the hunting season starts in November, the GB Wildlife Department starts getting requests from influential people from down country who did not apply during the auction for a hunting permit. So, they have to issue extra permits. The second reason is that in the last two years the GB Wildlife Department started issuing permits to local GB residents at a concessionary rate. Previously, permits were only issued to foreign nationals who paid USD 3,000-5,000 and to Pakistan nationals who paid around PKR 200,000 (USD 1,276) per permit. Since 2017, a third category of hunters – residents of GB – has been introduced who are charged only about PKR 100,000-150,000 (USD 638-957) for an ibex permit. The low cost of these permits has increased demand, including after the June auction.

The Gilgit Wildlife Department officials say that the problem of excess hunting permits is primarily because of requests from influential people from down country. However, officials of the Ministry of Climate Change, Islamabad, claim that it is not so much the pressure from influential people from down country that is driving excess hunting as the unchecked issuance of licenses to GB residents.

This current situation has led to a potential ecological problem. The initial quota of 60 trophies is, supposedly, based on an assessment of how many trophy sized animals – with horns of at least 38 inches (almost one metre) – are available to be shot that will not threaten the overall population. However, all the one hundred ibexes that are eventually shot during season are officially designated as legal size. There seems to be a discrepancy here. Unless the initial quote is a serious underestimate of availability of trophy sized animals, then surely some of the 100 trophies shot are not in fact legal size. So what is happening? I suspect that the GB wildlife guards, who accompany the hunters, are intentionally inaccurately reporting trophy sizes. This is especially true in the case when the hunters are GB residents because, according to one local community member, GB residents are not interested in trophy, but the meat – so it is not important to them whether the trophy is large or not. If this is true, there is a serious threat to the overall ibex population in GB through over-hunting, that is being systematically hidden by the very guards who are supposed to be monitoring the size of the trophies hunted.

Another existing problem which is exacerbated by the increased demand for permits is the uneven distribution of revenues to the villages. People applying for permits like to hunt where they do not have to do a strenuous trek to reach their quarry. There are certain villages in upper Hunza where it is notoriously easy to shoot an ibex. In places such as Khyber and villages further up near Khunjerab National Park, one can shoot an ibex without even coming out of one’s vehicle. In these villages, the actual number of hunts that take place at the end of the season doubles the quota set at the beginning of the season. For example, in June when the quota is auctioned Khyber village gets about 10 licenses, but in March when the season ends, the number of hunts that have taken place are 25. The same situation prevails in at Khunjerab village.

Use of military weapons

Another problem that the hunting program is facing is the lack of enforcement of hunting codes. GB wildlife staff and some community members told me that some influential people from down country come with automatic assault rifles of military grade. Rather than taking a single shot at the animal, the purported hunter releases a burst of bullets at the animal. One on occasion, an influential law-maker made his seven-year old son take multiple shots at an ibex with a Kalashnikov. These practices go against the basic ethics of sports hunting and turn the activity into butchery.

The local communities are also not happy with the current situation. Some community members told me that they have explicitly told the wildlife department not to bring local GB hunters to their villages. They said that they want either a foreign hunter or a non-GB Pakistani hunter. The reason for this preference is simple given that they get a much larger amount of money from foreign hunters. In Khunjerab the idea is being discussed of banning trophy hunting altogether and in its stead initiate ecotourism based on wildlife viewing. They argue that the population of ibex in their areas have increased to an extent that it has become feasible economically to start shooting wildlife with a camera rather than a rifle.

These are new problems and new ideas, and the concerned authorities have time to do something about these negative developments before they become institutionalized and do irreversible damage to the program and its reputation.

Shafqat Hussain is an associate professor of anthropology at Trinity College, Connecticut, US. He is the author of Remoteness and Modernity: Transformation and Continuity in Northern Pakistan. His next book, The Snow Leopard and the Goat: Politics of Conservation in the Western Himalayas, will be published in November 2019. This article was first published on 3 September 2019 by The ThirdPole.Net.