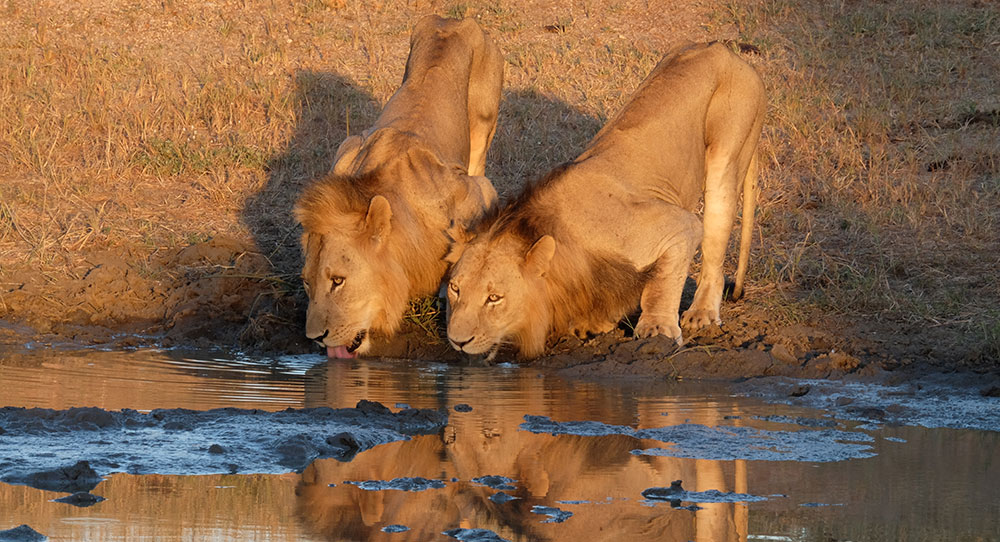 Despite the irrational hatred for hunters on social media pages and the rhetorical hyperbole, real conservation deserves a fair understanding of the facts, or as Oscar Wilde said “The truth is rarely pure and never simple”.

Few things stoke the fires of emotion like the idea of endangered species dying unnecessarily. The African lion, one of the most iconic species on the planet, has become a symbol of conservation worldwide. But while Disney’s The Lion King personalizes an anthropomorphic view of animals in the American psyche, the debate on how best to conserve lions and other threatened species is not always consistent with pop culture notions. The science vs emotionalism debate is guaranteed to heat up with the recent introduction of the Prohibiting Threatened and Endangered Creature Trophies Act of 2019 (ProTECT) Act (H.R. 4804) to the U.S. House of Representatives by Texas Democrat, Sheila Jackson-Lee. It has been assigned to the House Committee on Natural Resources.

H.R. 4804 not only seeks to prevent the hunting of lions or any species listed as endangered or threatened under the Endangered Species Act (ESA), but would undermine captive breeding projects that were exempted from ESA by the Obama Administration; projects that have successfully saved the scimitar-horned oryx, and other endangered hoof stock from extinction— returning them to the African savannah.

While the debate in Washington regarding the best way to conserve wildlife continues, animal rights groups stoke the fires of emotionalism surrounding H.R. 4804, cultivating an irrational hatred for hunters on social media pages. Despite the rhetorical hyperbole, real conservation deserves a fair understanding of the facts.

All agree that populations of lions have declined significantly. According to a study authored by Professor Stuart Pimm of Duke University in 2012, about 75 percent of Africa’s savannahs and more than two-thirds of the lion population once estimated to live there have disappeared in the last 50 years. There are likely between 32,000 and 35,000 free ranging lions on the African continent today. According to Professor Pimm, “massive land-use change and deforestation, driven by rapid human population growth” is the primary reason for the decline of the lion. This same human-wildlife conflict dynamic holds true as the primary threat to other listed species as well.

Sixty percent of big game hunted in Africa are destined for trophy rooms in the United States. Proponents of the ProTECT Act say allowing hunters to export trophies back to the U.S. sends the wrong conservation message. They say lions and other listed species would be best conserved by blocking access to American hunters, thereby reducing pressure on populations.

Jeff Flocken of the International Fund for Animal Welfare (IFAW) once wrote, “Why should anyone spend money to protect an animal that a wealthy American can then pay to go kill?” Mr. Flocken characterized his argument as common sense, but acknowledged that, habitat loss and human-lion conflict, not hunting, are the primary causes of the lions’ disappearance from Africa.

In August 2019, Science magazine published an open letter, “Trophy hunting bans imperil biodiversity,” led by five scientists from Oxford University’s Wildlife Conservation Research Unit and the International Union for Conservation of Nature (IUCN), and signed by 128 more. The letter stated that hunting has many positive impacts on conservation, and Amy Dickman, one of the letter’s lead authors, appeared on the BBC, where she stated that imposing a complete trophy hunting ban is likely to cause “more animals to die.”

Kitty Block, CEO of the Humane Society of the United States (HSUS), is critical of the Science letter. She argues that the scientists who signed the letter should be ignored, implying that there is a conflict of interest because some have received conservation dollars derived from hunting interests to help pay for their research. Ms. Block calls the research money a corrupting influence, resulting in what she refers to as, “a web of lies.”

It is absolutely essential that local communities identify the presence of lions and other wildlife as a direct benefit to them. Reducing human-wildlife conflict is critical to conservation success. According to Dennis Ikanda, of the Tanzania Wildlife Research Institute’s Kingupira Research Centre, his country generated $75 million in lion hunting from 2008 to 2011. Opponents of the ProTECT Act assert that trophy hunting is the only thing standing between the lions and extinction. Although those claims may seem counter intuitive, the money generated by hunting is being plowed back into the local economy, into conservation measures, and into protecting lions from poaching. Hunting advocates say the only chance for survival of the lions is management as a valuable and sustainable natural resource.

Although the idea of trophy hunting does not enjoy wide popularity, its value as a pragmatic conservation tool has proven to have great merit. The questions are: 1) will a hunting ban relieve pressure on threatened animal populations? or 2) will public policy ignore scientific evidence, and remove economic incentives necessary to protect valuable wildlife resources?

Animal rights advocates completely dismiss the conservation benefits of hunting. They value protecting individual animals over actions that favor preservation of species. However, a study of trophy hunting by the University of Zimbabwe supports claims of conservation success tied to responsible hunting practices. Peter Lindsey, the lead author of the study, wrote, “trophy hunting is sustainable and low risk if well managed.” Lindsey continued, “Trophy hunting was banned in Kenya in 1977, in Tanzania during 1973–1978, and in Zambia from 2000 through 2003. Each of these bans resulted in an accelerated loss of wildlife due to the removal of incentives for conservation. Avoiding future bans is thus vital for conservation.” When local communities are not incentivized to protect lions they are subsequently killed.

To date there appears to be no clear evidence that would support the premise that banning Americans from trophy hunting would inure conservation benefit to wildlife in Africa. To the contrary, banning hunting could undermine real conservation efforts by diminishing the value of lions and other listed species to local African communities. Remove economic incentives and conservation dollars, and you remove the only thing holding back the tide of human population growth and habitat destruction that is overwhelming the once prolific lion.

Trophy hunting is by no means a perfect solution, but the IUCN Cat Specialists Group says, “Properly managed trophy hunting was viewed as an important solution to long-term lion conservation.” There will always be some abuse from unscrupulous individuals. But the monetary incentive to manage sustainable populations for hunting is the only protection lions currently have. Removing economic incentive for Africans to conserve lions has been demonstrated to be disastrous. Until a better conservation model proves it’s mettle, responsibly managed hunts are the best chance for lions and other species to survive the human population explosion in Africa.

Andrew Wyatt is a government affairs and policy consultant dedicated exclusively to the wildlife sector. His blog The Last Word on Wildlife provides for insight and analysis particular to the 21st century wildlife sector. Republished with permission.