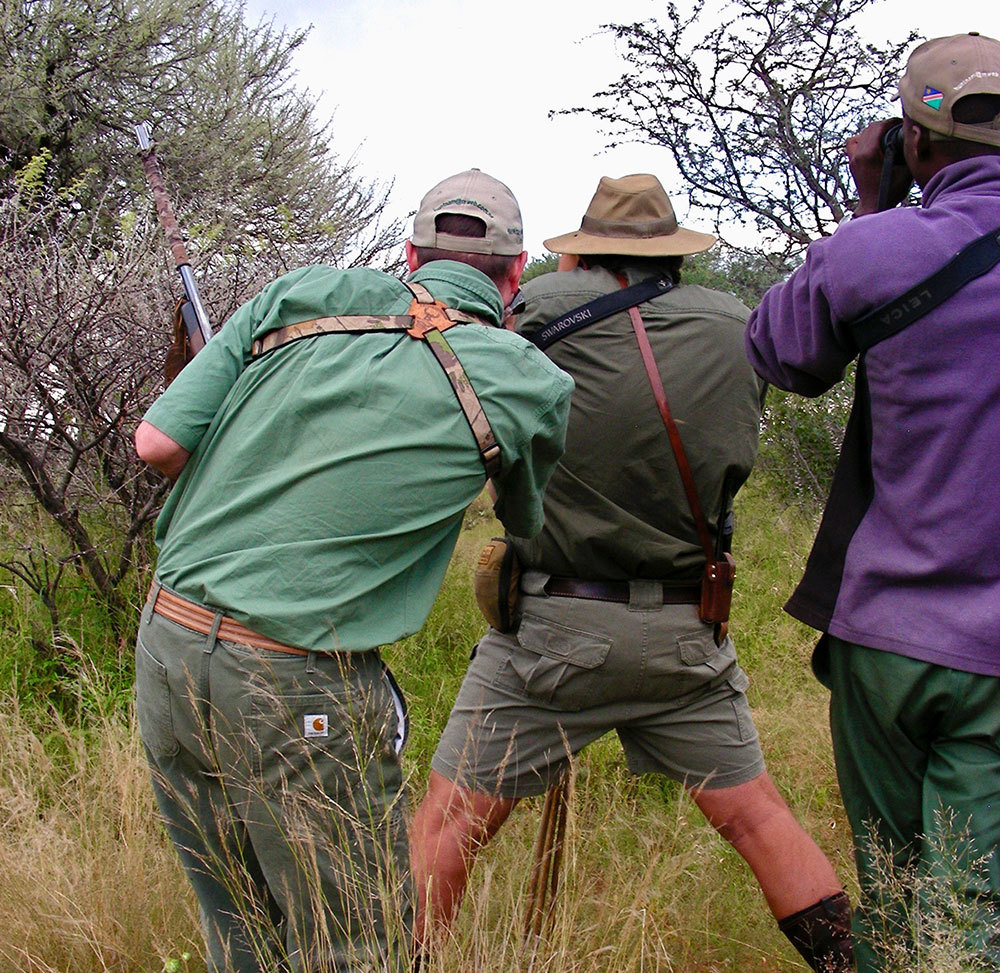 What is ‘Ethical Fair-Chase Hunting’? For starters, it’s a worthy dinner-table topic

What constitutes the sportsmanlike pursuit of game? Is fair chase still fair? How do we explain hunting ethics, and ourselves, to the general public?

As people become ever more removed from nature, hunting comes under ever greater disfavor. Everyone wants to protect wildlife, and to many people hunting doesn’t make sense as a conservation tool—save animals by killing them? Anti-hunters have made up their minds, but they are still outnumbered by non-hunters and it is they who especially require hunters’ attention and respect. A dinner-table discussion of hunting can cover a lot of ground, from the benefits of wild meat (versus mass-market meat and how it is “processed” in industrial slaughterhouses) to the predator-prey relationship and the distinction between an individual animal and an entire species. Eventually we get to fair chase. This cheers everyone up—we all want things to be “fair”—but what does it mean?

The Boone and Crockett Club, founded in 1887 by Theodore Roosevelt and named for you-know-who, was the seedbed for much that is laudable in conservation: America’s national parks, its forest service, wildlife refuges and preserves, and ultimately the North American Model of Wildlife Conservation. (A worthy topic itself.) The Boone and Crockett Club is still going strong today, and it defines fair chase as “the ethical, sportsmanlike, and lawful pursuit and taking of any free-ranging wild, big game animal in a manner that does not give the hunter an improper or unfair advantage over the game animals.”

Has hunting gear become too good?

But hunters have a tremendously unfair advantage, don’t they? Many people believe that hunting means stepping outside and firing a gun in the general direction of an animal, then snapping a Facebook selfie and loading it into a pickup truck. TV hunting shows get the job done in 22 minutes. What’s fair about this? How much actual “chasing” is involved? We have much more to explain across the dinner table than just “if it pays, it stays.” Otherwise, aren’t we just butchers?

Exactly when B&C was founded, in the late 1880s, smokeless gunpowder appeared. Soon motorcars and trucks replaced horses and oxen on safari, and airplanes were sent out to spot game. Hunters adopted binoculars, telescopic sights and self-loading rifles with multi-shot magazines.

All of this would have amazed the old boys who hunted ivory with massive blackpowder rifles of limited range and brain-scrambling recoil, or deer with long-barreled caplocks. The hide hunters who nearly wiped out the American bison—one long, high-arching shot at a time—would have finished the job decades earlier with such gear. What would Hemingway and Ruark have made of the Global Positioning System, laser rangefinders, drones, smartphones and Internet apps that generate “firing solutions”? What would TR himself have thought of hunting rifles and cartridges that can ring the gong at a thousand yards all day long? Still fair?

In truth, they might have said Yes, I’ll have some of that! But, as Field & Stream wondered, on its August-September cover, “Have we gone too far?” The editors were referring to Long Range Madness, the fad for shooting (at) game animals in the next postal code, but it’s the same question: Given our technological advances, what now constitutes “ethical, sportsmanlike pursuit” of game?

Wild vs. free vs. pen-raised

Think about “free-ranging”: A thousand years ago, European aristocrats figured out how to take the labor our of la chasse: Let the serfs do the tiresome scouting and walking! Royal hunts became monumental slaughters that vacuumed up everything in their path and sometimes pushed animals against fences or into water, so that even the most feckless princeling couldn’t miss. This is what Boone and Crockett (the club, not Dan’l and Davy) wanted to prevent—but today, whether we hunt whitetail in New England, boar in the Black Forest, stag in Patagonia or eland in Namibia, somewhere out there, there’s a fence. How “free” is free-ranging?

For that matter, how wild is “wild”? In Texas, deer have been selectively bred for trophy antlers for decades and the same thing has been going on in South Africa with 50-inch Cape buffalo. Ranches in New Zealand have created red deer the size of elk and elk the size of moose. And many of these animals come running at the sound of a mechanical feeder.

We can assure our dinner guests that, if the fence is distant enough (and the animal belongs to a self-sustaining population), it doesn’t matter; and that a purpose-bred animal with a price tag hanging from one ear is not wild game. We can add that some hunters step back in time by picking up a bow or muzzle-loader. Technology has improved them, too, but a laser-sighted compound bow with a release and carbon-fiber arrows remains a close-range weapon; that’s also relatively true of an in-line muzzle-loading rifle firing spire-point bullets. (A few heroes still use wooden longbows and Kentucky-style flintlocks, and there’s a fellow on YouTube who hunts big game with a spear. Notable exceptions, all of them.)

Today’s game laws reinforce fair chase. It’s illegal to shoot from a vehicle. It’s illegal to shoot after dark (usually). Bait, electronic calls, lights, high-capacity magazines, machine guns, explosives and so on are generally banned. All good, but the B&C Club simply asks us to “harvest . . . individual animals in a manner that conserves, protects, and perpetuates the hunted population.” Who could disagree? Now let’s consider the ethics of killing a game animal. Ethics are moral principles that set right from wrong. Let me quote Boone and Crockett again:

The hunter engages in a one-to-one relationship with the quarry and his or her hunting should be guided by a hierarchy of ethics related to hunting, which includes the following principles. The Fair Chase hunter:

Despite the best efforts of the law and the B&C Club, and hunting organizations around the world, fair chase remains like pornography: We may not be able to define it exactly, but we know it when we see it. We have to know how to describe and defend it, too.

It is hunters who have changed the most

Hunters used to be notoriously conservative. Every advancement, from percussion caps to smokeless powder by way of pinfire ignition, and from single-shots to lever-actions to semi-autos, was regarded with suspicion. Now we embrace the new because it’s easier; very few of us still have to kill animals to feed or protect ourselves, but we’ve become exceedingly results-oriented. If we plan and practice for a year, train at the gym, take a precious week off from work, travel across the world and spend a month’s pay and don’t come home with a trophy . . . did we go hunting? Or did we just fail? We say, “I want to shoot a [fill in the blank]”—not “I want to hunt a [blank].” There’s a difference.

To illustrate the difference, we might quote Klaus Hackländer, who wrote “Hunting and Science in Austria,” in this issue. To ensure the survival of hunting itself, he believes the modern hunter must be motivated by “a deep love for wild spaces and wildlife, the ever-new and exhilarating participation in nature, and by contributing to habitat and wildlife conservation for generations to come.”

To this let’s add, “and we must communicate this, credibly and effectively, to the world at large”—or at least to our family and friends around the table.