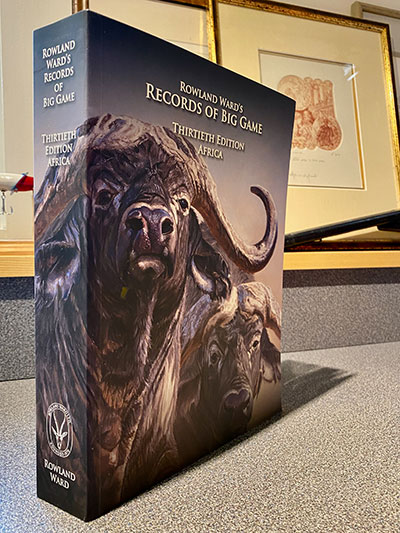 James Rowland Ward’s father, Edwin Henry Ward, established a taxidermy shop in London in 1857. Years earlier, he had accompanied John James Audubon on his natural-history explorations, collecting and preparing feathered skins for The Birds of America. By 1870, when Edwin earned a royal warrant as a supplier to Queen Victoria, three members of the Ward family were working taxidermists in England and others were in the trade in Australia and New York. In 1886, Herbert Ward followed in his grandfather Edwin’s footsteps by joining one of Stanley’s African expeditions as a zoologist. By then, his uncle James had a thriving shop—known far and wide as “the Jungle”—at 167 Piccadilly, London. Taxidermy, it seemed, was in the family genes.

James Rowland Ward was in the right place at the right time and with the right skills. Britain’s upper crust was fixated on shooting and hunting, and heads, horns and hides were being shipped home from every corner of the Empire, which stretched around the globe. Some of this interest was scientific—the Age of Exploration was turning up all sorts of interesting new creatures and museums were bursting at the seams—and some of it was simply the itch to bring home souvenirs. But Rowland Ward did much more than just prepare lifelike specimens for the wealthy and the learned; he also pioneered the Victorian craze for curios featuring mammalian bits and pieces: elephant-foot wastebaskets, inkwells made from hooves, table lamps with birds, warthog-tusk letter openers and much more. (Type “Wardian furniture” into Wikipedia.)

Business was booming. In 1880, Rowland Ward branched out and published The Sportsmen’s Handbook, which grew into a series that is still in print. Two years later came Horn Measurements and Weights of the Great Game of the World, revised and greatly expanded in ‘86 as Rowland Ward’s Records of Big Game. The company had long understood the male compulsion to whip out a tape measure and say, “Mine is bigger than yours!”

Over the decades, Records became a sort of social register-cum-field guide. Big-game hunters, who then tended to be tycoons, royals, celebrities and other notables, vied to be in “The Book” while naturalists turned to each new edition to see what beasts were being found where and in what variations. Naturally, Rowland Ward mounted many of these specimens.

After JRW died, in 1912, the business slowly migrated away from the family and then overseas. Ownership passed to Texas, South Africa and most recently, in 2015, to California, where it is now part of the group that publishes another venerable outdoors title, Sports Afield magazine. (BTW, they’re offering two vintage sets of Rowland Ward’s records. One is comprised of the 27 editions up to 2006, for $8,250; the other is the first 10 editions, for $6,250.)

Since the 10th edition, in 1935, The Book has addressed only Africa. The 30th edition, published this year, covers 12 genera, Antelopes to Rhinos, and the species of each. That means just four different rhinos—black, white, southern white, northern white—but 152 flavors of antelope (if I counted correctly), from blesbok to black wildebeest. You may quibble at dik-dik as “big” game, but there they are. Each genus begins with photos, a description of the animal and a map of its distribution. Then comes page after page of the records: the hunter or owner, the year, location, the animal’s score and the scoring method used. (Over time, some horn or skull measurements have evolved.) There are also instructions on how to submit trophies for review and possible inclusion in future editions.

The word “trophy” means whatever item is being measured and scored. In the field, hunters are moving away from the term “trophy hunting,” with its emotive freight, to “conservation hunting”—hunting that benefits fish and game agencies, environment ministries and rural communities, and that follows the principles of good wildlife management. Records of Big Game explains its mission today as “to help preserve and increase wildlife and its habitat worldwide by supporting sustainable, fair-chase hunting, which, in turn, directly benefits the local indigenous people of the areas involved. To further this goal, Rowland Ward maintains a database of measurements of big-game animals that have been hunted on a fair-chase basis and under the highest sporting standards.” Rowland Ward ignores the semi-domesticated animals bred on game farms for freakish horns or size.

Anti-hunters will reject the cataloging of thousands of victims of the blood sports. Non-hunters may be astounded by the diversity of species and sub-species across Africa. (Angolan or black-faced impala, East African impala, southern impala—32 pages of impalas.) A few hunters may zero in on certain species and say, “Aha, I see an opportunity to get my name in The Book!” (Although most record-book specimens are taken by lucky accident.) But most hunters will browse in wonder and possibly delight.

Historically, the black-and-white photos are the most interesting. A few of them date from when Africa—at least the part between the Sahara and the Limpopo River—was still “the Dark Continent,” Theodore Roosevelt’s “wilderness of savage men and savage beasts.” Leaving aside the bwana idiom, who would not have wanted to see Southern Africa at the beginning of the 20th Century? And if you’ve never seen 300-plus pounds (136 kg) of elephant ivory in a single pair of tusks, turn to pages 752 – 756.

But most of the photos in this edition are in color and some were no doubt taken with smartphones. They and the many 21st Century records speak to the resurgence of hunting across Southern Africa. Beginning about 50 years ago, African farmers—that is, whites who held large tracts of land—began to realize that wild game offered a greater return on investment than cattle. This came hand-in-hand with a surge in interest among hunters and shooters in Nitro Express cartridges, heavy double-barreled rifles and reprints of old books by African explorers, white hunters and their clients. The upshot is that, in some respects, safari hunting is better and more widely available now than it has been since the 1930s, and the book underscores this qualified victory for conservation.

Such an enormous tome took nearly three years to assemble. Rowland Ward says the photos were chosen according to ethics and aesthetics and that the book is now organized by biological kinship, like a field guide. There are also 83 new color maps of the distribution of more than 200 varieties of game, and the table of contents and index have been restructured to help the reader find things. Finally, should your camp coffee table be in danger of blowing away, the book weighs as much as a 12-bore game gun. 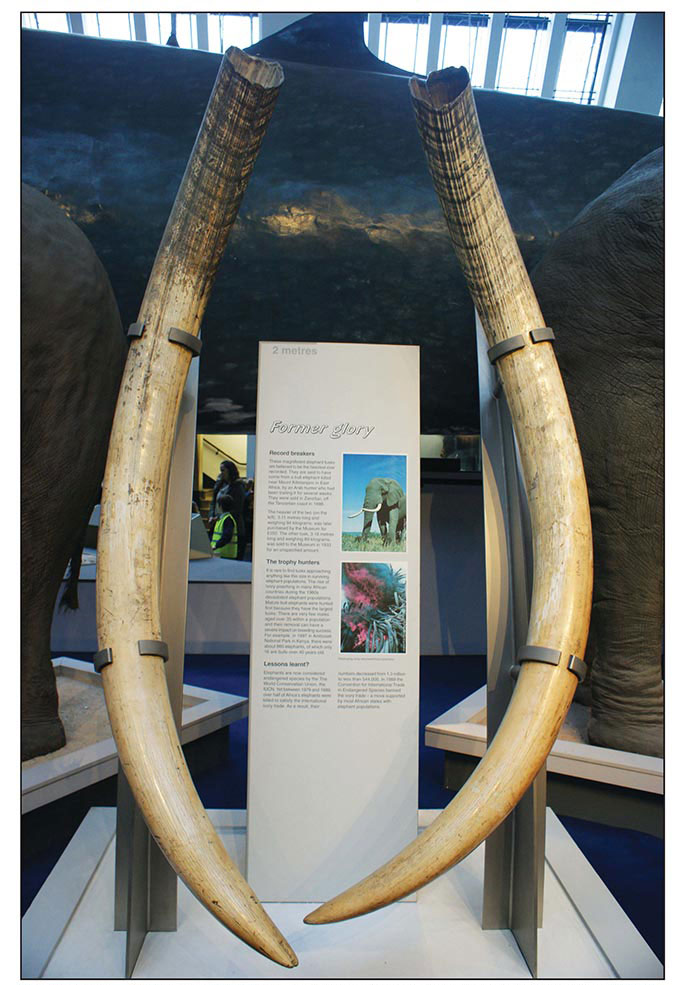 Page 755: The largest known pair of elephant tusks—dry weight 440 pounds. The elephant was shot on Mt. Kilimanjaro in 1898 by a slave with a blackpowder musket. A few years later, an American ivory dealer named E.D. Moore bought them for around $5,000, the equivalent of $130,000 today, but fortunately they were never cut up for billiard balls or piano keys. The tusks are now on display at London’s Natural History Museum.

Bison—three females and a bull— are roaming England for the first time in thousands of years. Bison, Europe’s largest animal, existed only in zoos a century ago; today bison are being re-established in Poland, Bulgaria, Belarus, Lithuania, Romania, Switzerland and Germany. Read more in our Dispatch 👉🏼http://bit.ly/2Ul0cf0 #ConservationFirst #Wildlife #Bison ... See MoreSee Less

Drought is decimating vast areas in Kenya, Somalia and Ethiopia, the homes of millions of people and their livestock plus giraffes, zebras, elephants and other wildlife like this critically endangered hirola antelope. A Kenyan scientist offers proactive solutions rather than reactive emergency measures. Read more in our Dispatch 👉🏼 http://bit.ly/2Ul0cf0 #ConservationFirst #Wildlife ... See MoreSee Less