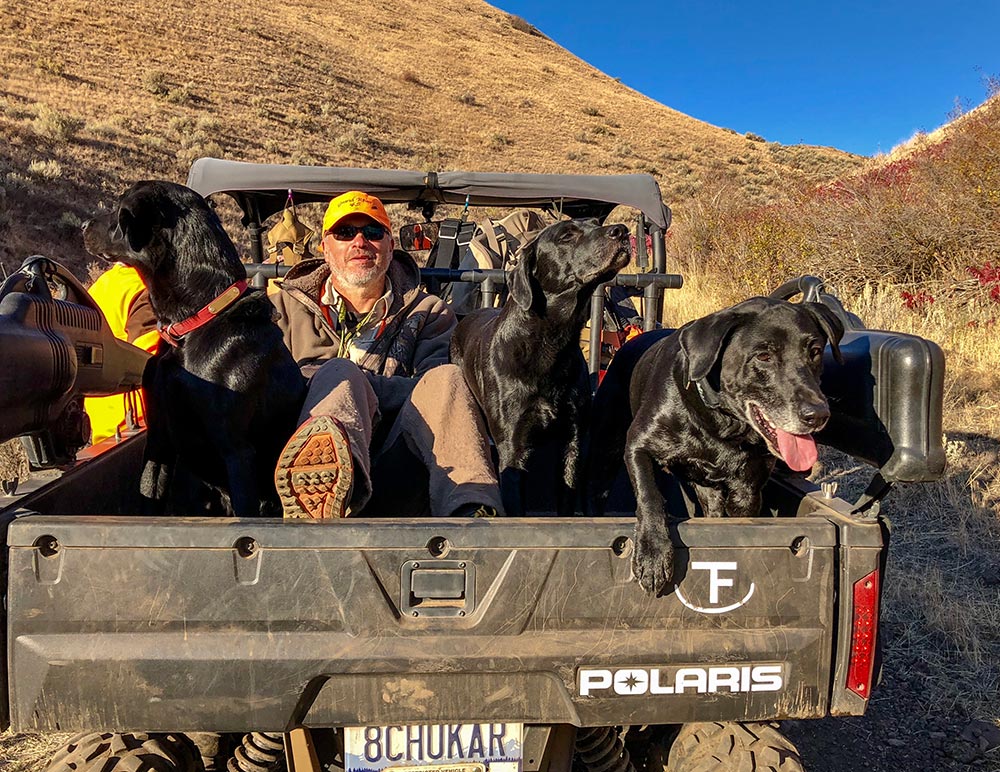 The Sounds of Science and Hunting

An Alaskan ecology professor takes to the airwaves with a science podcast for hunters—or is it a hunting podcast for scientists?

Hunting, science and the intersection between the two is on full display in a new podcast from a university professor experienced in both subjects. Mark Lindberg, professor of wildlife ecology at the University of Alaska Fairbanks, started a hunting podcast last fall. “Hunting Science” discusses moose hunting, predator management and trophy hunting, among other topics mostly focused on Alaska right now.

“This really came out of a motivation to try to communicate science to a different audience in a different way than we have in the past,” Lindberg said. Scientists are good at communicating among themselves, he said, but they’re very poor at, and don’t have the incentive to, communicate with other people.

Lindberg has a master’s degree in wildlife sciences, while his bachelor’s degree is in biology. He got his PhD from UAF in wildlife management. His graduate work in Alaska focused on a species of goose which breeds on the coast of the state and winters in Mexico. He grew up in Pennsylvania, where he hunted with his dad, who only recently stopped hunting at the age of 95.

Lindberg is personally really involved in waterfowl and upland bird hunting. “That’s my real passion, but I do all forms of hunting and I really enjoy hunting with dogs as well. I‘ve had dogs most of my hunting career,” Lindberg said.

The dogs have mostly been black labs, with “a few other variations on that theme.” Lindberg gets his dogs from a breeder from Idaho, whom he interviewed for episode 2 of the podcast.

“That’s one of the funnest podcasts I’ve done to date for sure,” he said. “Mike’s a very good storyteller and very entertaining.”

The podcast is a balance of science and anecdote. Real hunters and real scientists (often the same person) can be discussing the best gear for a moose hunt one minute and on to ecology the next.

One thing Lindberg asks his guests, ecologists and lifelong hunters alike, is what their favorite hunt is; it’s a new story and a different perspective every episode.

Another motivation for the podcast is to make hunters aware of the importance of science in the activity, according to Lindberg. Hunters, he said, have been providing data for 50-plus years, which has been essential to conservation efforts.

Another example Lindberg cited is lead poisoning. In 2017, former Secretary of the Interior Ryan Zinke repealed the ban on the use of lead ammunition on federal lands and waters. In Lindberg’s research, countless articles have been published on the problem of lead poisoning, but people are still using lead ammo.

“So that, to me, is such a glaring example of how poorly we’ve done—the poor job we’ve done of communicating science to the end users of that science,” Lindberg said. “If you were scientifically informed about toxic shot and lead poisoning, I think you might make a different decision.”

Motivation does not make a podcast, however, and Lindberg has been working with university staff to make the hunting conversations an actual production.

Owen Guthrie, UAF e-campus director, provided essential support in their efforts and came up with the name “Hunting Science”; Christen Bouffard, instructional designer with e-campus, assisted with the development of the podcast and shares it to several forms of media; and Joe Jackson, the media studio production designer, does all the sound editing and he developed a short video from the moose harvest lab.

The project was in development for half a year and Lindberg said they don’t have it perfected yet, but he thinks they’re getting better and better at putting things together and making it attractive for people to listen to.

He’s learned to interview people along the way. “I enjoy talking to folks and listening to their stories, so I started with people I’m familiar with, mostly,” he said.

That was the “low hanging fruit,” but Lindberg says he’s getting more comfortable with podcasting, with the thought of reaching out to people he’s not so familiar with.

There’s a growing list of topics he wants to work through with the podcast. For example, the team recently finished an interview with an individual living in the bush for 15 years, where they were able to talk about care of meat in the field in remote settings.

Going forward, Lindberg has a few directions he’d like to see the work go. “Well, I’d like to see [the podcast] used more in classes, although I think it’s most valuable in communicating to hunters broadly,” Lindberg said.

As a faculty member, Lindberg said he has a strong interest in communicating with the student body and he thinks it’s important for students to get that exposure, since the number of hunters nationally is declining, yet the university has students seeking employment with offices that manage hunting. Lindberg has been talking with other parties about further hunting education at UAF.

He noted he also doesn’t think hunters know how valuable they are in conservation efforts, notably through citizen science, which is when people gather scientific evidence but aren’t employed by an agency responsible for gathering it.

“[Hunters] are often our eyes and ears out there and tell us what’s going on with animals we hunt and study and what habitats they use,” Lindberg said, “and I don’t think hunters realize how much we [scientists] get from them.”

Readers can listen to Lindberg at bit.ly/2GyFIcz.

This story is reprinted with permission from the Fairbanks Daily News-Miner, where the author, Kyrie Long, is a staff writer. She can be reached at klong@newsminer.com or +1 907-459-7510.  Follow her on Twitter at twitter.com/FDNMlocal.