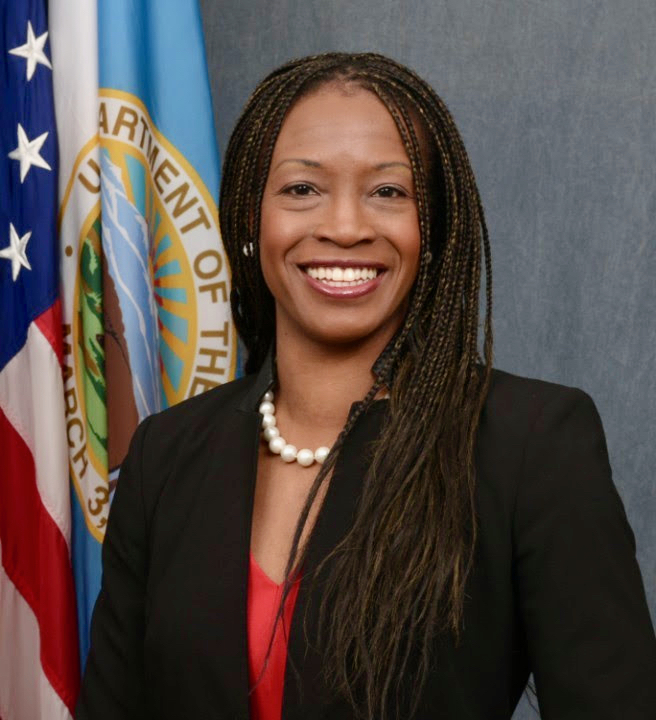 ‘Hunters and outdoors enthusiasts know that effective conservation is as much about people as it is about wildlife.’

On March 11, Aurelia Skipwith, Director of the US Fish and Wildlife Service, addressed more than 125 members of the Boone and Crockett Club during its annual dinner at the North American Wildlife and Natural Resources Conference in Omaha, Nebraska. The Club has been holding the dinner since the early 2000s as a way to honor its professional members, considered to be the “brain trust” of the organization. Since then, the invitation list has expanded to include state and federal agency leaders and senior administration officials. During her remarks, Ms. Skipwith recognized the importance of hunting and fishing to conservation and praised the Club’s historic engagement on the most important conservation issues facing the United States.

“Some call hunting and fishing a way of life. I call it—and my family calls it—living. Hunters and outdoors enthusiasts know that effective conservation is as much about people as it is about wildlife,” Skipwith said. “Now more than ever, the challenges we face are going to require an unprecedented level of collaboration and cooperation among federal, state and tribal governments and conservation organizations like the Boone and Crockett Club. The Club, through Theodore Roosevelt and other early leaders, saw a crisis in humanity’s impact on wildlife and their habitats and called upon people to take action to change America’s direction.”

Skipwith discussed the Club’s leadership on developing what has become known as the North American Model of Wildlife Conservation and the premise that fish and wildlife belong to all Americans and must be sustained for future generations to enjoy. She emphasized that these concepts are what unite all who work on conservation issues across North America, and that conservation is a big part of the US economy.

“The strength of state and federal partnerships and our unified mission has led to the creation of the world’s most extensive and interconnected network of protected public lands and comprehensive protections for native wildlife and habitats across North America,” she continued. “We continue to work together to further the support for public lands today and to improve access to those lands for all Americans. Since the beginning of the Trump Administration, we have opened 1.7 million acres of Service-managed lands and waters for hunting and fishing.

“The US Fish and Wildlife Service and other Interior bureaus are also working closely with state partners on implementing Secretarial Order 3362 to improve Western big-game winter range and migration corridors, and to support developing the scientific knowledge of big game migrations and movement.

“The financial support, the political support and the scientific and communications support that Boone and Crockett Club provides its members place the Club in a unique position. Unlike other conservation organizations, you are able to successfully address all of the challenges we are facing today and what we will face in the future,” Skipwith concluded. “The Boone and Crockett Club is a constant reminder to hunters and conservationists about how far we have come while challenging ourselves to not only protect our investment in hunting and conservation but also to invest and advance it for our future generations.” 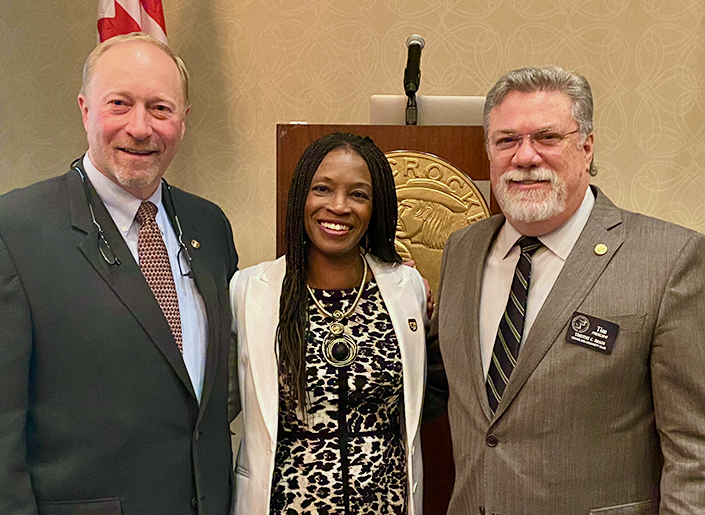 “The Boone and Crockett Club fully supported Director Skipwith’s nomination,” said club president Timothy C. Brady. “After hearing her message last night, we are confident this was the right decision and the Director is proving to be a competent, visionary and committed leader for the US Fish and Wildlife Service.”

Confirmed by the US Senate in December 2019, Aurelia Skipwith is the first African American director of the US Fish and Wildlife Service; previously she had been the Dept. of the Interior’s Deputy Assistant Secretary for Fish and Wildlife and Parks. Skipwith earned a master’s degree in molecular biology from Purdue University and a law degree from the University of Kentucky and served as general counsel for agriculture-based companies.

Founded by Theodore Roosevelt in 1887, the Boone and Crockett Club is the oldest conservation organization in North America, which helped to establish the principles of wildlife and habitat conservation and hunter ethics, as well as many of the institutions, agencies and funding mechanisms for conservation. Its contributions include enlarging and protecting Yellowstone National Park and establishing Glacier and Denali national parks, founding the US Forest Service, the National Park Service and the National Wildlife Refuge System, creating the Pittman-Robertson and Lacey Acts and the Federal Duck Stamp program and developing the framework for modern game laws. The Club continues to lead the hunter-conservationist community through its work in conservation policy, research and education programs at major universities, hunter ethics and collaboration with similar organizations.