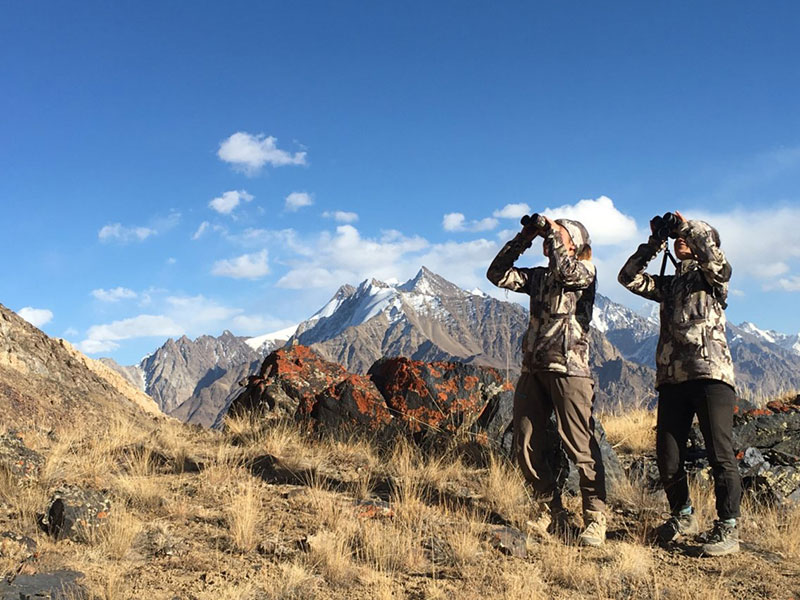 Rural communities often accumulate and foster conservation knowledge based on their traditional practices, cultural norms and belief systems. A new paper explores hunter-specific ecological understanding and its contribution to wildlife management in the Pamir Region of Tajikistan.

From the North American Arctic to the Pamir Mountains of Central Asia, knowledge of the natural environment has been accumulated and maintained by traditional societies and passed down from one generation to another. This indigenous treasure trove enriches and complements modern conservation biology and provides important solutions for habitat and wildlife protection.

Researchers from the University of Zurich explored the application of such traditional wisdom in an article titled “Integrating hunter knowledge with community-based conservation in the Pamir Region of Tajikistan” in the January 2020 issue of Ecology and Society.

In the remote and traditionally organized villages of the Pamir Mountains, a few highly experienced individuals usually safeguard the traditions and heritage of generations. A couple of decades ago, these traditional hunters and local and international conservation activists joined hands with scientists and government agencies. As a result of their joint efforts, populations of mountain ungulates (including argali, urial, markhor, and ibex) and carnivores (brown bear, lynx and snow leopard) expanded in community conservancies covering an area surpassing 300,000 hectares (742,000 acres). Alongside subsistence farming and nomadic herding, the healthy wildlife populations permitted the re-emergence of seasonal, carefully managed conservationist hunting and year-round mountain tourism such as trekking and wildlife-watching. Income from these activities helps combat high levels of poverty and unemployment and contributes to community conservation activities.

Zurich-based researchers Shokirov et al. interviewed dozens of rangers from these Pamir conservancies (including protected areas and hunting concessions), as well as active rural hunters and village elders who had hunted in their younger years. These different perspectives provided great insight, the researchers reported, into human-wildlife-environment interactions and helped identify important topics.

The interviewees typically highlighted the deep knowledge of a long, generation-spanning line of hunters about the abundance, migratory patterns, habitat use and interspecies interactions of their wildlife. Local hunting ethics, respect for wildlife and other significant traditions passed down over time are important components of the often intimate and emotionally sensitive hunting stories that locals shared with the researchers.

To rural Pamiris, hunting is a commonplace and fundamental manifestation of life and survival in the mountains. In the village communities, resident expert hunters, the duzy-shikar, enjoy high esteem. Their lore of days gone by illustrate the evolution of their ethics, taboos and beliefs as well as social and cultural norms. It also highlights the deep spiritual connections between people, land and wildlife. Sharing this generation-spanning ecological wisdom with researchers and conservation activists has influenced the modern community conservation approach, and it continues to complement modern regulatory and scientific processes.

As a consequence, at least some of the Pamir Mountain conservancies are now, after decades of outside NGO involvement, less dependent on outside help. However, in recent years waning support from Tajik government agencies has led to interventions by non-community actors from within the country—economically powerful holders of argali hunting concessions in the east of Tajikistan and their international marketing agents. For them, successful community conservation is a lucrative business opportunity. Apart from diverting economic benefits from the rural communities, these outsider interventions also jeopardize the continuing adaptation of traditional wildlife management systems.

Community conservancies and their small family businesses are vulnerable to this outside pressure. As a consequence, they created ANCOT—the Association of Nature Conservation Organizations of Tajikistan—as umbrella organization. Within ANCOT, the skills, resources and capacities of community groups and village people are harnessed to create a rich toolbox in support of conservation and livelihood initiatives as well as resistance to outside pressures. Khalil Karimov’s CITES & Livelihoods Case Study 2019 on ANCOT’s community-based projects gives more detailed information.

This new research provides wildlife managers and policy- and decision-makers with valuable data and suggests that the traditional knowledge and expertise of these mountain communities is as important as the findings of modern science.