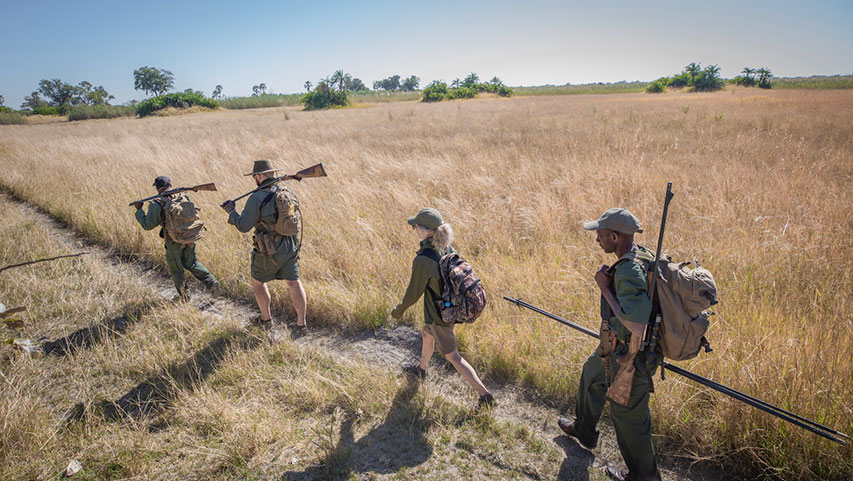 The ability of African nations to conserve ecosystems and reduce exposure to zoonotic diseases such as COVID-19 would have been undermined by a bill that proposed to ban Californians from possessing hunting trophies.

The current pandemic, with its likely origin in wildlife, has sharpened the thin line between our civilization and the parts of our world we consider wild. To reduce the threat of future pandemics, we must conserve intact, healthy ecosystems in parts of the world, such as sub-Saharan Africa, that are hotspots of emerging wildlife-borne diseases.

Doing so, however, may require confronting some uncomfortable truths. Many African countries rely on revenues from safari hunting to fund large-scale ecosystem conservation. These revenues provide strong incentives to conserve wildlife and its habitat as an alternative to clearing land for agriculture and logging, activities that push wildlife out of their native habitats, bringing them into closer contact with people and increasing the risk of transmitting deadly viruses.

Unfortunately, the ability of African nations to conserve healthy ecosystems is at risk of being undermined by California’s Senate Bill 1175, introduced in February 2020 by Sen. Henry Stern, a Democrat from Canoga Park, that would deter people from hunting in Africa by prohibiting Californians from possessing African hunting trophies. After all, US hunters make up 70% of the market for safari hunting, and California hunters form a significant portion of that percentage.

[Ed. note: SB 1175 died on August 31 before a concurrence vote could happen; a filibuster pushed the clock past midnight, which effectively killed the bill. Also, letters from Southern Africa’s regional Community Leaders Network made a deep impression on the Black Caucus and, at the last moment, the Black Caucus withdrew support for the bill.]

As I testified before the California Assembly earlier this year, hunting trophies of African game animals have never been linked to a disease outbreak and present no risk to public health. More important, the revenues raised by safari hunting are known to have funded the conservation of more than 344 million acres of healthy, intact ecosystems whose boundaries are our first line of defense against future pandemics.

The area of land conserved by safari hunting in Africa amounts to more than twice the size of the entire US National Park System and is 22% larger than Southern Africa’s own vast multinational park system. Much of this land is in private or communal ownership and must generate a financial return to provide for the basic needs of its proprietors. And while these lands are home to healthy ecosystems and wildlife populations, they lack the scenery and infrastructure that would make ecotourism an economically viable means to support their conservation.

Analysis conducted in Botswana concluded that safari hunting was the only economically viable wildlife-dependent use on two-thirds of the country’s wildlife estate. Other research has found that only about one quarter of Botswana’s Northern Conservation Zone has the potential for photo-tourism. And a 2016 study in Conservation Biology found that if safari hunting were removed from the uses available to wildlife conservancies in Namibia, 84% of them would become financially insolvent, including conservancies that also cater to photo-tourists.

Other diseases potentially far worse than COVID-19 possibly wait for us in the world’s remaining wildlands. With this in mind, we must focus our energy on increasing the resources available to protect these healthy, intact ecosystems. Taking conservation tools with a proven track record of effectiveness, such as safari hunting, off the table moves us in the wrong direction, especially if no alternatives are offered or available.

Catherine E. Semcer is a research fellow with the Property and Environment Research Center in Bozeman, Montana, and the African Wildlife Economy Institute at Stellenbosch University in South Africa. This commentary is published with permission from the author and CalMatters.org. Mr. Fulton Upenyu Mangwanya, director general of the Zimbabwe Parks and Wildlife Management Authority, also wrote about California Senate Bill 1175 in CalMatters.org in June.