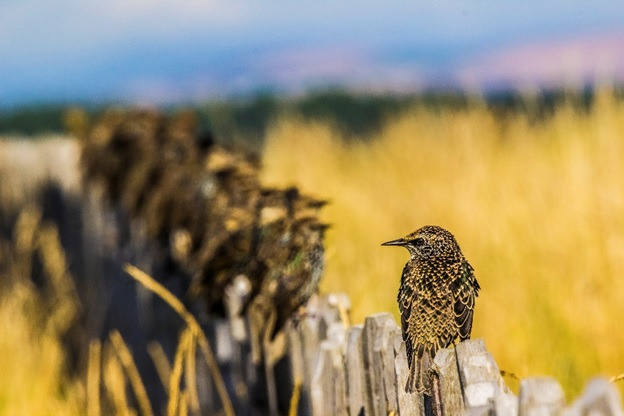 COVID-19 has shown how a global, cooperative scientific investigation can speed effective decision-making and save lives. The same must be done to save species.

Go to your doctor with an ailment and she’ll give you the best treatment based on the scientific evidence available. We must do the same in our quest to protect biodiversity. In recent years, we’ve seen a flurry of important work that highlights the continuing decline of biodiversity, up to and including Sir David Attenborough’s 2020 BBC documentary, “Extinction: The Facts.” So it is encouraging to read, in a recent study, that conservation efforts have prevented the decline of some 28 to 48 bird and mammal species around the globe. Conservation is working, or it can work, but do we specifically know what works where, and why?

Evidence can help us learn from failures and successes and show us the way. In the UK, so-called bat gantries, or bridges, have cost millions of pounds to install across busy roads, yet they are ineffective—they don’t prevent bats from getting hit by cars. Where was the scientific evidence for this construction program? And what have we learned from its failure?

A rise in misinformation and disinformation—“fake news”—and a generalized distrust in science (“Science be Damned?”) is working against evidence-based conservation. But of course using scientifically derived results to inform decisions can make conservation more efficient and effective. If conservationists rely only on intuition or others’ opinions, they are likely to miss useful information—data—that can save precious time and resources. And the need is urgent; ecosystems are under threat everywhere.

But not every conservation problem can attract the scientific analysis or the funding necessary to solve it. If only there were a common database to turn to . . . 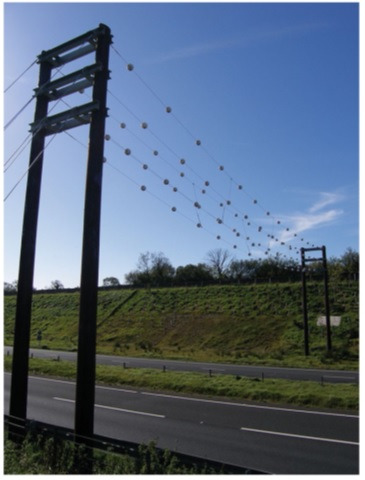 The Conservation Evidence Project, appropriately based in the David Attenborough Building at the University of Cambridge, in the UK, is leading the way in gathering and collating scientific evidence to support conservation actions. Its database presently contains 6,807 studies that have quantitatively tested 2,399 actions across a wide range of fields, and it is growing all the time. Interested in using guardian animals (dogs, llamas, donkeys) that have bonded to livestock to deter predators and reduce human-wildlife conflict? Here are searchable results.

Similarly, Open Book Publishers offers Terrestrial Mammal Conservation: Global Evidence for the Effects of Interventions for Terrestrial Mammals Excluding Bats and Primates. If you’d rather not buy a bound book, the information is available in a 1,096-page downloadable pdf.

Three recent studies have examined this large trove of scientific evidence in order to identify gaps in our understanding of what works and the significance of these gaps for making conservation decisions.

In “The challenge of biased evidence in conservation” (Christie et al., 2020), we found that scientific evidence was patchy for both amphibians and birds. Most concerning is that fewer studies were conducted in locations with greater numbers of threatened species—e.g., in the tropics. This apparent weakness is driven by the fact that very few studies were conducted outside of North America, Europe and Australasia, where collectively 90% of amphibian research and 84% of bird research took place.

Furthermore, 64% of the amphibian studies and 63% of bird studies in the database were conducted in the UK, USA or Australia. Research outside of these regions tended to be poorly designed and produced potentially unreliable results, unfortunately in places where conservation is often greatly needed. 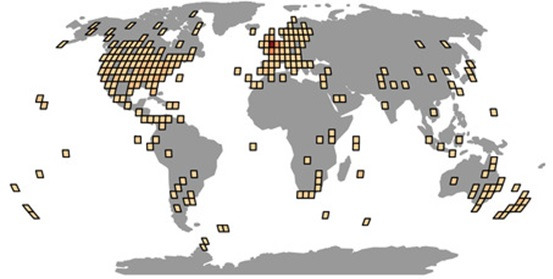 Map of the distribution of studies testing conservation actions on birds across the world. Christie et al.

There were also large biases in the animal groups studied. For example, there was little or no evidence for entire orders of amphibians (such as limbless caecilians) and birds (hornbills and hoopoes). Many more groups were also badly underrepresented relative to the percentage of threatened species they contain. This is the opposite of what we would hope to see, as groups with more threatened species should receive more research attention. Think of it as triage: A paramedic is trained to prioritise victims with the most life-threatening injuries.

The second study, “A Severe Lack of Evidence Limits Effective Conservation of the World’s Primates” (Junker et al. 2020), found similar gaps and biases. Only 14% of the world’s 500 primate species have been studied and just 12% of threatened species. Most researched are the great apes and the larger monkeys—the most charismatic primates. Entire families, such as tarsiers in Southeast Asia or the night monkeys of Central and South America, are absent from the evidence base. 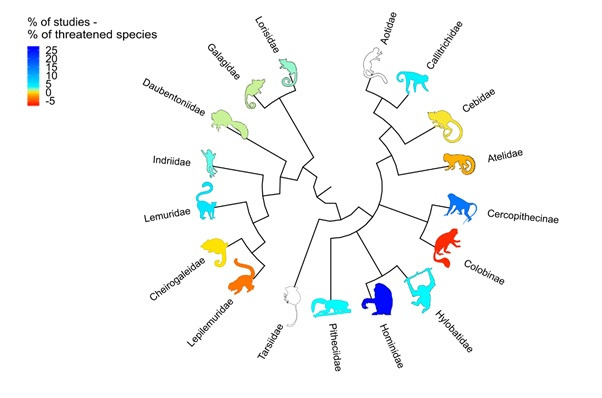 In examining the third study, “Poor availability of context-specific evidence hampers decision-making in conservation” (Christie et al. 2020), we shifted focus to answer the question: How much relevant scientific evidence is there for conservationists to make decisions?

Conservationists typically prefer to base decisions on evidence that is locally relevant—i.e., studies of species or habitat similar to what they are working on. We found that conservationists in locations where most threatened species live (e.g., the tropics) will find it particularly difficult to find relevant studies. There was far less evidence regarding species and habitats that were more threatened with extinction than there were for the most commonly studied and less threatened species and habitats. 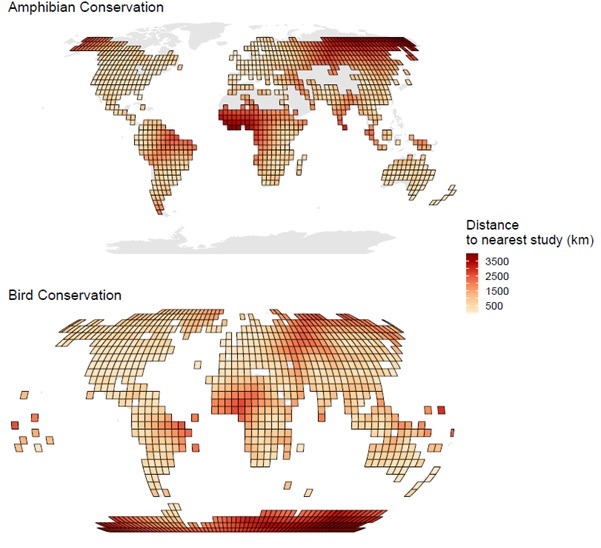 Maps showing distance to the nearest study from 1000 points across the world. Christie et al. 2020

These biases and gaps highlight a major mismatch between where we study and test conservation actions and where we need to implement them. It also highlights how little research has been done in many regions and for many threatened species. To return to our First Aid example: We know how to treat the least life-threatening injuries but have little idea how to manage patients who are dying in front of us. Doctors wouldn’t stand for this; why should conservationists?

Help build the evidence base!

To improve the evidence base, we need funding dedicated and prioritised to testing conservation actions for threatened species in under-studied regions of the world—especially large parts of Africa, South America, Russia and Asia. Scientists and conservationists must collaborate to design reliable studies, then publish their findings and collate this evidence so that others can benefit from their work. We can help!

The Conservation Evidence Project is particularly keen to hear from you if you have conservation findings that are not published in a scientific journal or otherwise widely available. (Language doesn’t matter.) Please get involved with the project online, to submit reports or to be recognised as an Evidence Champion. You may also publish a summary of your work in the Conservation Evidence journal, dedicated to helping practitioners learn from each other.

Filling gaps in the scientific knowledge builds better understanding of what works in conservation and ultimately helps protect more species from extinction. We are confident that soon we will be able to prescribe effective treatments to save species just as doctors do for patients.

Alec Christie is a PhD student at the Conservation Evidence Project at University of Cambridge. His research focuses on evidence-based approaches to inform conservation practice and policy and how to apply global scientific evidence to local settings. He holds a BSc in Marine Biology from the University of St. Andrews and has researched coral reefs and marine mammals.

Banner image: Ecosystems everywhere are under threat, even the familiar and nearby. Alec Christie