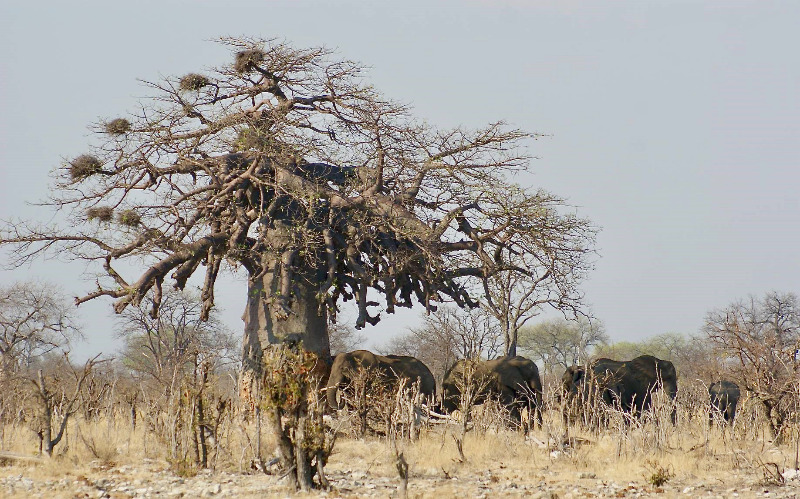 Botswana’s Varying Elephant Population(s)–The numbers are all over the place—are they being manipulated?

In a 2008 paper for her doctorate titled “An analysis of numerical trends in African elephant populations” (under the supervision of Prof. Rudi van Aarde, who freely admits to being funded by the animal-rights group IFAW, the International Fund for Animal Welfare), Jessica Junker contends that between 200,000 and 400,000 elephants may have lived in Botswana at the beginning of the 19th Century. Accepting a 2008 figure of 156,000 elephants, she surmised that numbers had stabilized.

These figures suggest that Botswana’s elephant population was stabilizing even as the species’ range expanded from wetter northern Botswana—the Okavango Delta—into drier southern Botswana, the Kalahari region. However, another factor may have been at play, too: In 2014, Botswana’s President Ian Khama banned elephant hunting in his country. If—as animal-rights activists claimed—Botswana indeed provided refuge from safari hunters in neighboring Zimbabwe and Namibia, and from poachers in Zambia and Angola, would not that alone have driven Botswana’s elephant numbers up beyond 130,000 by 2018?

So, what is Botswana’s elephant population? Is it Junker’s 2008 figure of 156,000 animals? EWB’s 2018 number of 130,000? Or has it returned closer to Junker’s pre-colonization claim of 200,000 or more? Equally important: What is the desirable number? How many elephants can Botswana sustain?

The 2016 IUCN African Elephant Status Report expressed concern, or at least doubt: “Although a new total of 129,939 ± 12,501 from the Great Elephant Census in 2014 (Chase et al., 2015) has been included in the [African Elephant Database], this result raises questions with respect to the 2010 and 2012 surveys. It indicates no significant change since 2010, although a population that shows no evidence of serious poaching, excessive natural mortality or high levels of net emigration would be expected to show some increase. Compared to the 2012 survey results, the 2014 estimate would indicate a marked decline that is unlikely in the absence of any other indicators.”

The 2018 number—130,000—would undoubtedly have been even more disconcerting to the IUCN. 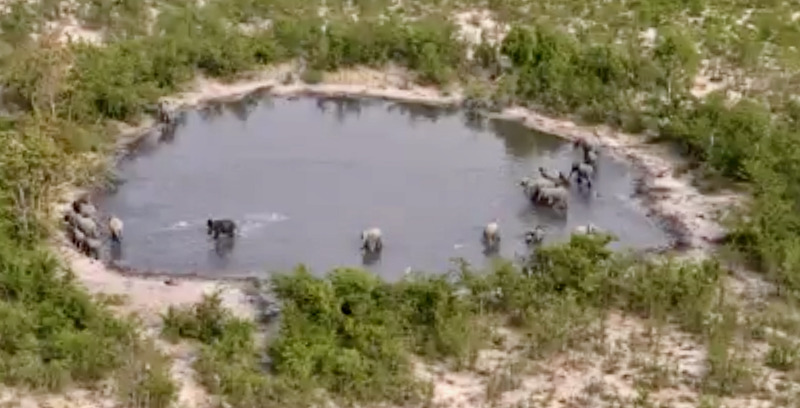 From “How Many Elephant in Botswana,” a 4:17 video by Dr. Erik Verreynne, part of his Conservation in Perspective series.

It is widely accepted that a 5% per annum elephant population increase is usual under normal conditions. There is no evidence of abnormal conditions in Botswana, but even at just 2% growth, Botswana’s elephants would have increased from 128,000 in 2010 to around 150,000 in 2018. How to explain the figure of 130,000? The 2018 Elephants Without Borders report has been peer-reviewed by several knowledgeable wildlife professionals, but things just don’t seem to add up.

Perhaps if Elephant Without Borders released the raw data from its 2010, 2014 and 2018 censuses for neutral experts to assess, the controversy could be put to bed. But if the figures and conclusions drawn from these surveys prove to be unreliable, it will cast into doubt the integrity of entire continent-wide Great Elephant Census project.

How many animals a country has contributes to everything from its conservation and wildlife-management programs (which impact government spending and even taxation) to how many tourists visit and even how the world at large views that country. In Southern Africa, populations of “charismatic megafauna” become part of a nation’s identity, or brand, and no animal is more important to this than the elephant.

And nowhere is this more important than in Botswana, which made news in 2014 when, as noted, then-President Khama banned hunting, notably trophy hunting for elephants. This contributed to the enormous expansion of photo-safari camps throughout the Okavango Delta and along the Chobe River, in the north of the country, as tourists flocked to the region. “Brand Botswana” was now hunting-free, a bloodless Eden!

The impact in the vast Delta—20,000 square kilometres, 7,700 square miles—and across the rest of the country was almost immediate. Hunting-related jobs and revenues evaporated (and were not, as promised, replaced by photo-tourism); so, literally, did the boreholes that hunting companies had maintained to provide water for wildlife. Hunting concessions were left idle, open to poaching, logging, charcoal-making and slash-and-burn farming. And human-elephant conflict began to escalate.

Trophy hunting accounted for only a few hundred elephants annually in Botswana, nowhere near enough to keep up with 5% growth per year in a healthy elephant population. But again the question: How big is that population?

There is much concern among scientists and ecologists about the impact of too many elephants on biodiversity and habitat. My concern is that, to maintain “Brand Botswana” as an untouched wildlife paradise, are interested parties trying to obscure the real number of elephants? It would be unconscionable to admit that there were simply too many elephants for the habitat to support; “carrying capacity” is a swearword in the preservationist world. As for the notion of culling excess elephants, to restore sustainability . . . anathema.

In June 2018, a Member of Parliament announced that, as a matter of “urgent public importance,” Botswana had 237,000 elephants against a calculated carrying capacity of just 50,000. This occurred during the national debate about restoring hunting; the MP’s point was that the 2014 hunting ban was contributing to this imbalance. The 237,000 number was generally regarded as inflated, but this underscores (again) the question:

How many elephants are there in Botswana?

[Ed. note: Conservation Frontlines has addressed this topic frequently. See “Elephants: A crisis of Too Many, Not Too Few” in April 2020; “Elephant Hunting and Poaching in Botswana” in April 2019; and the 2005 WWF-SAPRO report on elephants in Southern Africa, among others. Botswana restored hunting in 2019—a move applauded by rural communities but decried by anti-hunting advocates.]

Zig Mackintosh, a native of Zimbabwe, has been involved in wildlife conservation and filmmaking for 35 years. He is a founding member of The Conservation Imperative, promoting sustainable utilization of natural resources according to IUCN’s sustainable-use policy.

Banner Image: Elephants around a baobab tree in Botswana; note the damage to the trunk. Baobabs, which can live more than a thousand years, trap water in their trunks. In dry times, elephants may destroy baobabs to reach the water. Ronnie Crous photo