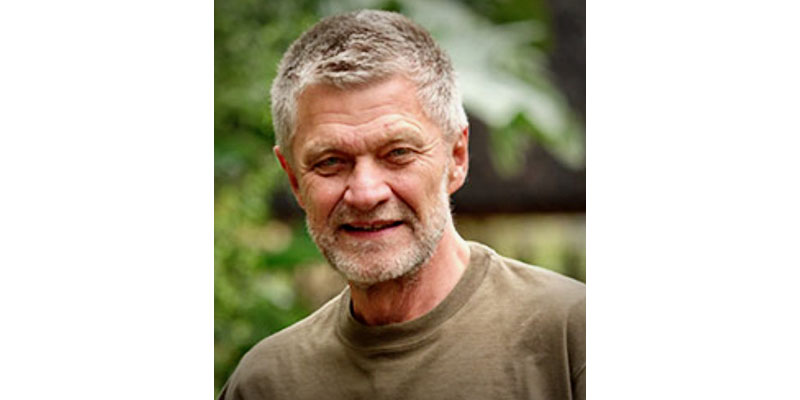 It’s About the Future—Yours, Ours & Theirs

In January, more than 50 countries—the High Ambition Coalition for Nature and People; in short, HAC—announced a bold commitment: That the Conference of Parties of the Convention on Biodiversity, scheduled for October in Kunming, China, agree to protect at least 30% of the planet’s lands and oceans by 2030. Science justifies this bold 30×30 target at the global and regional levels. (“To keep the planet flourishing, 30% of Earth needs protection by 2030,” in National Geographic, is a good introduction to the topic.)

The US is not one of the original HAC signatories, but the initiative has been adopted as part of the Biden Administration’s Executive Order 14008.

For hunters and anglers, 30×30 is an opportunity to buy in and participate, to showcase their crucial contributions to conservation, now and in the past. They must cooperate with the original land stewards—Indigenous peoples on all continents—and other private and public landowners. In the US, the huntfish30x30 campaign and its 51 members provide the groundwork. (See also “Wild Sheep Foundation Joins Hunt Fish 30×30” and Jeff Crane’s “Hunting + Fishing = Biodiversity.”)

Most wildlife still lives outside formally protected areas, on nearly two-thirds of the world, often the most remote regions. The people who also live there, although few in number, must be empowered for both conservation (for the sake of us all) and sustainable use (for their own livelihoods). This conflicts with the ideology that people should not intervene in nature, so a fight is brewing.

Unless the legitimate interests of public, private and community landowners are addressed, the 30×30 Initiative may just add to the huge number of “protected” areas that are severely underfunded—i.e., barely protected at all. Thus the 30% target must include, apart from nature reserves with limited human access and intervention, many more areas that allow regulated use: angling, hunting, foraging for food and medicinal wild plants, eco-tourism, etc. These uses must be biologically sustainable and socio-economically relevant.

“Sustainable extraction” is critically important to generate revenue to pay for real protection of those very large areas that don’t draw tourists—they’re too remote, or the landscape is dreary and there aren’t many interesting animals—and therefore may be degraded since they’re out of the public eye. In a nutshell, land conservation has to outcompete land conversion (to farming, mining, logging, hydro dams, etc.) in order to make intact habitats more valuable than transformed habitats. This means that to succeed for people and wildlife, the 30×30 Initiative will have to integrate local community development with extractive (hunting and angling, for example) and non-extractive (like eco-tourism) uses, while not forgetting that both are consumptive.

Whether it is a communal conservancy in Namibia, an Inuit village in the Arctic, a tribal group in the Amazon forest, mountain communities in Tajikistan and Pakistan or nomadic herders in Mongolia, to be effective stewards of their land, for their sake and ours, they must be allowed to use it—sustainably. Or 30×30, and conservation, will fail. Now more than ever, individual and institutional voices will matter. Leadership will matter. Science will matter.

In the more developed parts of the world, many people who can buy meat at a supermarket still hunt and embrace it as part of their heritage. Many more enjoy wild places without hunting. Their ideals may differ, but the desired outcome is the same. Conservation and hunting are not mutually exclusive. Preservation, restoration and conservation are not anti-hunting. Most, if not all, wildlife conservation models around the globe include some form of managed hunting.

The appointment of Debra Haaland as the new US Secretary of the Interior raises expectations that this important context is understood. Indigenous communities everywhere, especially in the Americas, Africa and Asia, are hoping for constructive US input to community-based natural resource management.

This issue of Conservation Frontlines provides you again with a front-row seat to conservation science and management in action. In addition to articles mentioned earlier, Ivan Carter’s piece on saving the West African giraffe and Karen Seginak’s richly illustrated story on the unique Southern ground hornbill are must-reads.

One of our most outspoken conservationists, Amy Dickman, addresses the global tsunami of politicizing conservation in two articles, one from her individual position and the other one with colleagues. I also recommend the meaningful conversation between Todd Wilkinson and Tom Sadler, from MoJo, Wyoming’s Mountain Journal. They ask, “are hunters still leading wildlife conservation in America?”

This April issue is packed with many more great articles—as always, we endeavor to make science accessible and to provide context between scientific knowledge and real-life experience. Last and hardly least, Conservation Frontlines now has an Instagram page and a Twitter account; and our Frontline Dispatches will include a “Conservation 101” feature each month, explaining basic concepts.