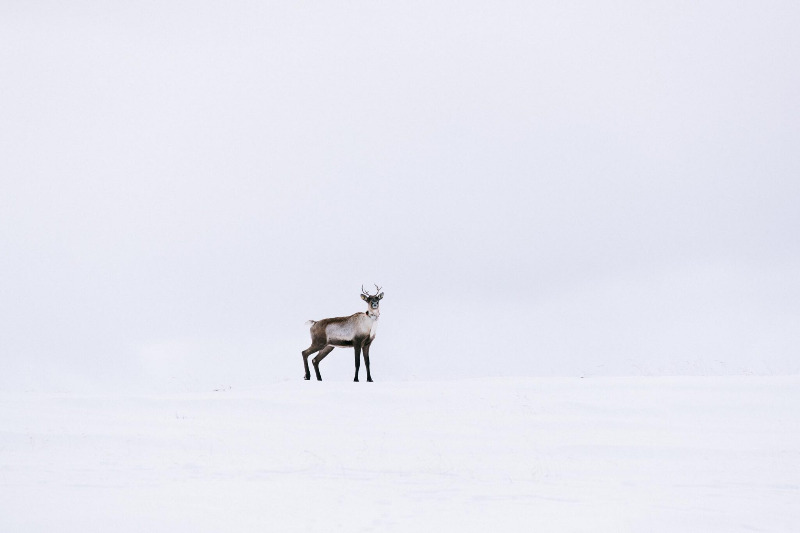 Antagonism between hunters and those who don’t like hunting is probably the single biggest reason why a powerful natural alliance to conserve and enhance wildlife and wildlife habitat is elusive to this day—although it could literally move mountains and overcome most obstacles facing ecosystem conservation.

There are quite a few organizations and individuals devoted to making sure there is no cooperation between the two camps. Loud minorities on each side foster the impression of being the relevant majority. It’s a heady mix of personal egos, organizational survival, and economics (access to donor money, commercial exploitation of wildlife and wild lands). This antagonism has become an emotionally charged culture war. Science, logic, the well-being of wildlife, traditional knowledge, and the legitimate interests of Indigenous communities are relocated to the rear of the bus.

Both sides of the debate display distinct confirmation bias; both select information that supports their views, ignore contrary information, and interpret ambiguous evidence as confirming own beliefs, attitudes and values. You can prove anything right if you don’t look hard enough!

“Bonkers” is the word that springs to mind to describe some of the prevalent views: On the one side are the “ban-all-hunting” fanatics (Eduardo Goncalves’ paranoid crusade in the UK is a case in point). The other extreme are irresponsible “pro-hunting” zealots (like South Africa’s canned lion breeders and shooters). Backed by hysteria, intolerance, and malice, the opposition is mercilessly peppered with derogatory stereotypes. Decoupled from reality, both sides rely on stoking emotional wildfires. Conservation outcomes be damned, as long as the other side is damaged and denigrated (and funding for the own organizational machinery keeps rolling in).

The “ban-all-hunting” faction concludes that extinction follows from hunting (falsely reenforced by deliberately and continuously conflating regulated sustainable hunting with market and/or feudal hunting of past centuries, with organized crime driven poaching, and illegal wildlife trade).

The “pro-hunting” zealots’ suggestion that hunting is conservation’s panacea gives the impression that the survival of certain species depends on hunting alone. Hiding behind diffusely framed conservation claims is the excuse of choice for apologists (or profiteers) of practices like canned lion executions, put & take shooting operations, line breeding formerly wild animals for ever larger horns or color morphs, mass shootings of artificially pen-raised game birds, unnatural predator exclusion or their outright persecution, and more down that line.

In the wake of the pandemic-induced conservation-funding crisis we need pragmatic solutions, not dogmatism. We need to uproot deeply held believes that hunting and ecotourism are incompatible and mutually exclusive. Only card-carrying members of the Flat-Earth Society will insist that there are unbridgeable divides.

The culture war between those who support hunting and those who adamantly oppose it must end—it’s bad for business, it’s bad for conservation, and it’s bad for the people who live with wildlife. Polarized and emotion-driven mud-slinging must be replaced with nuanced discussions about viable short- and long-term conservation options.

Fortunately, there’s light on the horizon.

More than 50 countries are pushing for a global 30×30 goal to be adopted at the 15th Conference of the Parties to the Convention on Biological Diversity in China this October. The Biden administration’s vision to conserving 30 percent of America’s lands and waters by 2030 has been welcomed by hunting as well as non-hunting conservation groups.

Here are great opportunities for constructive dialogue—in North America, in Europe, and importantly, in the countries representing the Global South.

Scott Ellis, executive director of the Guide-Outfitters Association of B.C. said of the meetings “I didn’t see a bunch of pottery-making, marijuana-growing, tie-dye-wearing, dreadlocked freaks, and hopefully they didn’t see a bunch of trophy-hunting, beer-drinking knuckle draggers. We align on almost every concern about our water, our forest, our harvest rates, about climate change concerns, our fish populations and our wildlife populations.”

This gives reason for optimism. There’s a lot more common ground than we give credit for.

Factual information exchange and reasoned debate add up to a big difference, and can bring profound changes on how wild lands and wildlife are conserved, managed, and legally used.

That’s why we created our newsroom in 2019. To champion the sharpest thinkers and the most effective doers in the conservation world—whether they hunt, or have reservations about hunting. To bridge divides and help establishing coalitions. To call for a more inclusive world—with rural communities who live with wildlife, having their rightful place at the table. And to share smart ways to be better conservationists, every day, wherever we are.

A natural alliance of hunting and non-hunting conservationists can indeed move mountains, overcome obstacles and provide better conservation outcomes. So, let’s continue setting the stage. And while we’re at it, let’s facilitate forward-leading action to promote incentive-driven conservation.

Gerhard Damm is the Editor-in-Chief of Conservation Frontlines.